Zii Jia, who is now ranked third in the world, wants to move up to second by the end of the year 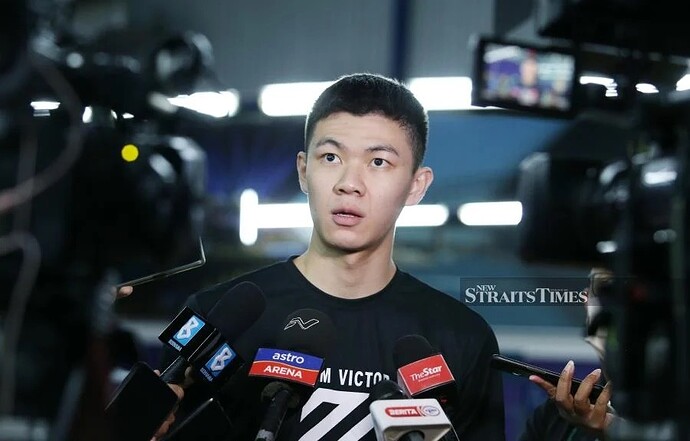 The reigning Asian champion moved up a rung to a new career-high today after the Badminton World Federation (BWF) updated their ranking list.

It comes as no surprise as Zii Jia is confident of reaching a career-high world No 2 by the end of the year.

For the record, the BWF froze the world rankings two years ago due to the Covid 19 pandemic. They will unfreeze it by the end of the year as business is back to usual in most parts of the world.

Reigning Olympic and world champion Viktor Axelsen of Denmark remains at the top of the list, followed by compatriot Anders Antonsen in second place.

Zii Jia, who turned professional in January, recently told the press that he will be heading to Denmark a week earlier to train alongside the two Danes before the Super 750 Denmark Open on Oct 18-23.

Taiwan’s Chou Tien Chen moved up a rung to No 4 while two-time former world champion Kento Momota of Japan is No 5.

Commonwealth Games silver medallist Ng Tze Yong, who is targeting to break into the world’s top 30 this year, moved up one rung to a career-high World No 35.

The 22-year-old, who won the recent Malaysia Games, hopes to come good in his remaining tournaments, which include the Indonesia International Challenge (Oct 11-16) and the Super 100 Indonesia Masters (Oct 18-23), both in Malang.