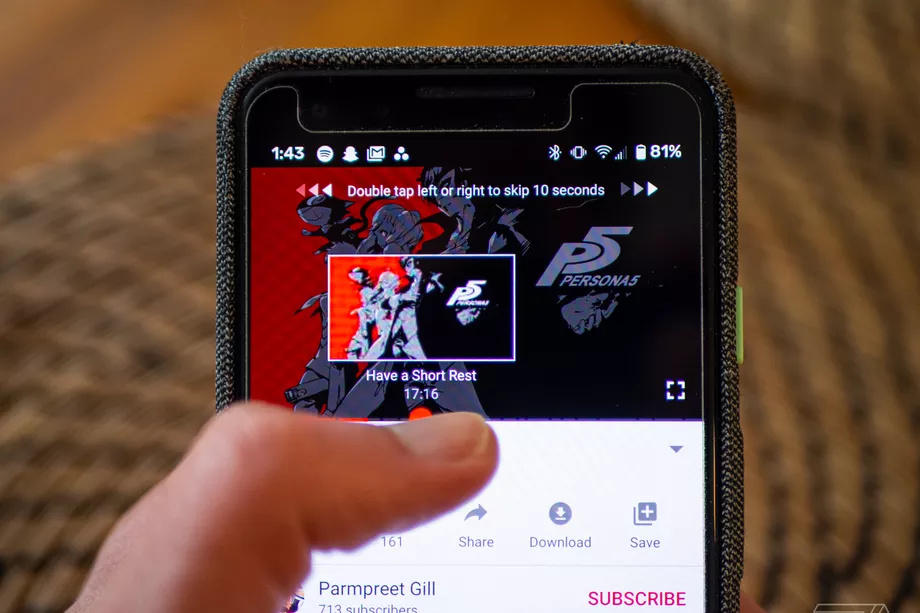 YouTube is releasing its new video chapters feature today to all users on desktop, phones, and tablets. The chapters, which soft-launched in early April, make it easy to skip to precisely where you want to go in a video, like a book. It’s not rocket science. It helps me get exactly where I want to go, then it gets out of the way.

On desktop, a video with chapters won’t look all that different from how videos have always looked. In fact, the biggest change is barely noticeable: the bar used to show video progress will have little black breaks in it to indicate where each chapter ends and a new one begins. When you scrub over a section with your mouse, you’ll then see the title of the chapter it’s in.
“Chapters rely wholly on timestamps”

The same design applies to how chapters work on the phone and tablet app for Android and iOS. Though, on phones YouTube had to account for the simple fact that your finger might get in the way of you seeing where the chapters are. To solve for that, YouTube’s phone app will trigger a haptic buzz when you’ve arrived at the next chapter. On tablets or other mobile devices where haptic feedback isn’t available, the video progress bar will automatically snap to the beginning of a new chapter when you lift your finger off the screen. If you’re looking for a specific time marker while you scrub through the video, keep your finger on the screen, then move it below the progress bar without letting up to clearly see the time marker.

There’s no limit on which videos can get chapters or which creators have access to the feature. The only catch is that chapters aren’t automatically applied to each video. So, unlike many new projects that Google unveils, this one isn’t powered by machine learning (at least, not yet). Getting chapters on any other video relies on making sure there are some timestamps in the video description, the same somewhat hack-y workaround that creators have been utilizing for years to make their videos easier to navigate.

Basically, this feature relies on the uploader doing the work of putting timestamps (the first one has to start at 00:00) and a chapter title to go with each one into the description. Your video must also have at least three timestamps that last longer than 10 seconds each. Then YouTube’s new feature will scrape that metadata to use for its new chapters interface.

News Source : YouTube’s new chapters feature is rolling out on desktop and mobile

Now you can actually see what song is playing while u are listening to a 1 hour playlist.