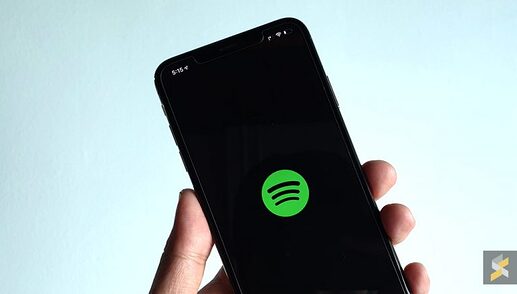 You know how you can say “Hey Google” to trigger the Google Assistant on your phone? Or “Hey Siri” for the iOS equivalent? Now, as first reported by GSM Arena, you should soon have the hands-free ability to control your Spotify playlists using voice commands—and all you need to do to trigger this feature is to say, “Hey Spotify”.

The update is only rolling out in stages, for now, which means that you might not have the update just yet. In any case, when you do have the update, you should get a notification on your Spotify app that will bring you to a settings page to turn on “Hey Spotify”.

For clarity’s sake, it’s worth mentioning that this isn’t a fully-fledged voice assistant. “Hey Spotify” is basically the trigger that will use the app’s voice search function, while Phone Arena reports that you’ll be able to perform simple actions such as pausing, skipping, and choosing specific tracks or albums. Functionality appears to be rather limited, although this is still a nifty bit of functionality from Spotify.

Also, it appears that the voice command will only trigger when the screen is on and the Spotify app is open—perhaps useful in situations like driving, or showering. This should mean that the app will always be listening for the command, although Spotify’s policies dictate that voice recordings will only be received once you tap the action button or the trigger phrase for voice commands.

Spotify will begin receiving your voice input data when you press the action button or say the wake word or (for voice ads) when you hear an audible tone, and continue until Spotify has processed your question or request.

The device will always indicate to you when Spotify is receiving your voice input, for example with a visual indicator or an audible tone.

When listening for the wake-word, Spotify listens in short snippets of a few seconds which are deleted if the wake-word is not detected.

Will you use any voice command to trigger action or prefer manually press?