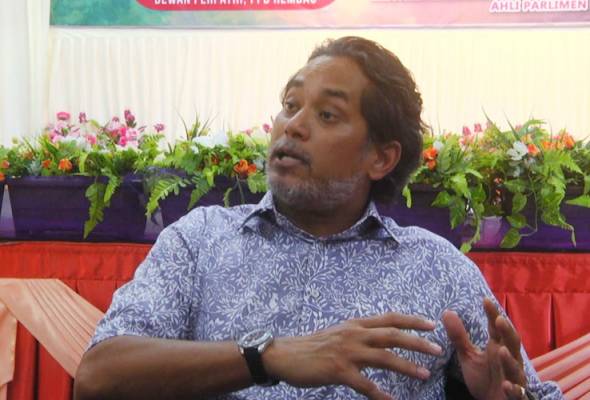 There needs to be a transformation of workplace culture to overcome bullying among public health sector workers, Health Minister Khairy Jamaluddin said.

He said changes done will underscore new principles and workplace culture values to be adopted in the Health Ministry (MoH).

The findings of a review done by the Healthcare Work Culture Improvement Task Force (HWCITF), chaired by Prof Datuk Dr Siti Hamisah Tapsir, were detailed and fair, he added.

Khairy said he will give full feedback on the report next week, but added that for now, the findings are likely to be adopted as part of the transformation of MOH’s workplace culture.

"The survey done involved a large number of respondents, namely more than 100,000 MOH staff members. The good news is that 60 per cent are satisfied with MOH’s workplace culture currently.

“However, on the downside, there are some who claim there are bullying elements in the workplace that is quite toxic and so on, and this needs due attention,” he told reporters after presenting the Rembau district education office (PPD) Excellence Service Awards here today.

Khairy said work pressure can help junior doctors and nurses adapt to important tasks, but not to the extent where bullying, humiliation, verbal, mental and physical harassment take place.

"Work pressure is now different from before so changes are needed to keep up with times, with an understanding of the new generation who have different expectations.

“I think it is not just confined to MoH. Every organisation must have a 'Zero Harassment, Zero Bully (policy)… a person’s dignity must be protected, otherwise, organisations will not achieve maximum productivity among its workers,” he stressed.

Out of 110,411 MOH respondents in the HWCITF survey, 60 per cent stated that MoH work culture was positive, especially in regard to patient care, community and teamwork.

Another 20 per cent, however, said negative work culture existed, including bullying elements.

Separately, Khairy said the MoH look into the issue of a shortage of nurses in public health facilities and find the best solutions.

He said the MoH was in the midst of a recruitment process, adding that the ministry has also been asked to train more people to become nurses.