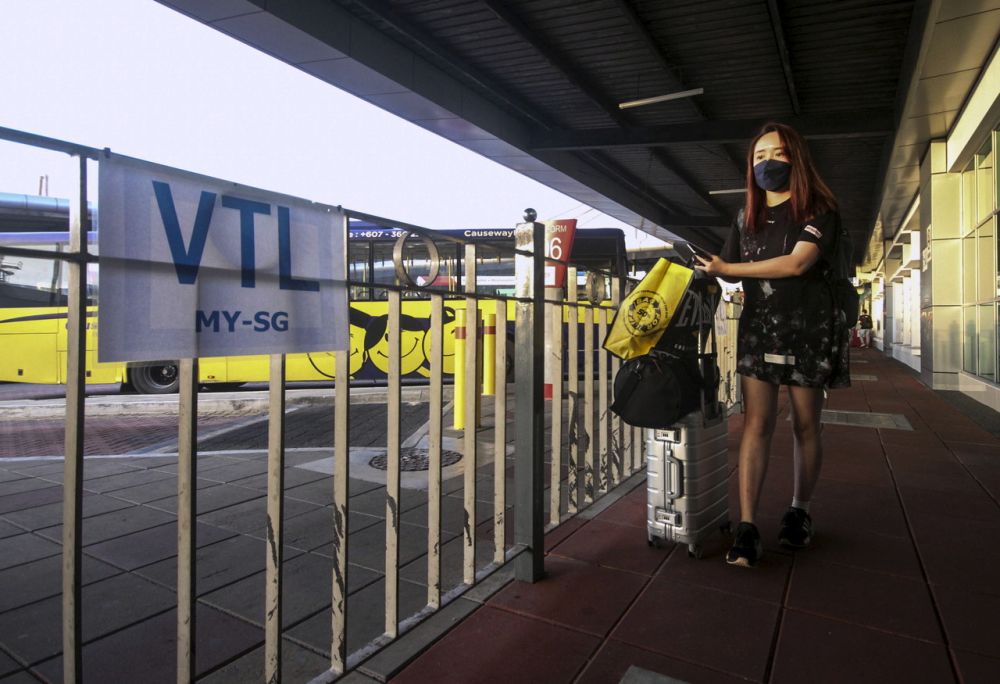 SINGAPORE, Nov 29 — Singapore and Malaysia reopened one of the world’s busiest land borders on Monday, allowing vaccinated travellers to cross after nearly two years of being shut down due to the Covid-19 pandemic.

Although travellers welcomed the chance to reunite with family and friends, there were concerns the border might be closed again due to the new coronavirus variant Omicron.

At the Queen Street bus terminal in Singapore, a few dozen people waiting to board the first buses to Malaysia expressed caution.

“The borders may close soon because of the new variant,” said Eugene Ho, a 31-year-old banker leaving Singapore for the first time in nearly two years. “I am actually very worried about getting stuck.”

Travellers must test negative for Covid-19 before departure, and Malaysia also requires travellers to get an on-arrival test, a move Singapore followed on Sunday over concerns about the Omicron variant.

Siva Kumar, a 41-year-old engineer in the semiconductor industry, had been inundated with calls from his two teenage sons waiting eagerly for his return.

“All morning they keep calling, ‘Where are you now? Have you taken the bus yet?’,” Kumar said. “(I want to) hug them, kiss them. I’ve really missed them.”

As many as 300,000 Malaysians commuted daily to Singapore before the pandemic.

The sudden closing of the border in March 2020 left tens of thousands stranded on both sides, separated from families and fearing for their jobs.

Under the new arrangement, up to 1,440 travellers from each side can cross the land border each day without quarantine, if they hold citizenship, permanent residency or long-term visas in the destination country, according to guidelines published by the Singapore government.

A vaccinated air travel lane between the two countries also started on Monday.

Singapore has vaccinated 85 per cent of its entire population, while about 80 per cent of Malaysia’s population has been inoculated.

Singapore, with an aging population of 5.5 million, relies heavily on Malaysians living in the southern state of Johor to staff businesses ranging from restaurants to semiconductor manufacturing.

It’s really hard to say that Omicron will spread to or not to Malaysia, so better stay alert all the time to keep yourself and your family safe.