Vaccination volume is not a panacea for unblocking 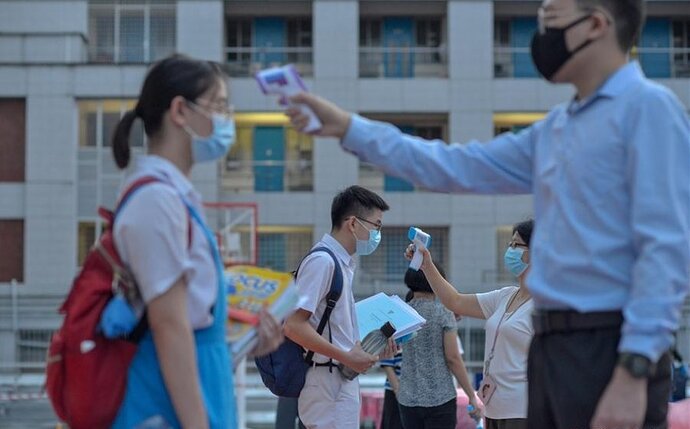 With the country’s new pneumonia epidemic still at a high level, but the government seemingly impatient to open more areas for “free movement” and most schools expected to open on Oct. 3, is this decision too hasty, and will it lead to a renewed “breach” of previous vaccination efforts?

Nanshan Zhong, a leading expert on Chinese viruses, says that the vaccination rate required to achieve herd immunity is related to the vaccine protection rate (i.e., what percentage of people will not be reinfected after vaccination) and the virus replicability index (also known as R0, an important index to measure the rate of virus transmission), all of which we need to think about carefully before making any “unblock”.

Our current “unsealing” index seems to place more emphasis on the “quantity” of vaccinations than on other relevant data, including the current surge in the number of confirmed cases (nearly 20,000 in a single day) and the small number of deaths (200-300+ in a single day). The data shows that if more people are screened, more cases are found. The former Vice Minister of Health even revealed that 6 million adults in China have not been vaccinated yet. It would be dangerous and irresponsible to “open” and “unblock” school in such a context, as students would be exposed to a virus that is still spreading.

The health care system has always been a major concern for countries around the world when it comes to “living with the virus”, however, there is a strain on our existing wards. This shows that if the number of infected patients increases, we will face difficulties in treatment and increase the burden of medical staff.

Concerns about the epidemic

The Delta virus has been so aggressive that many exemplary countries have lost ground, such as New Zealand, which has been at the top of the world’s epidemic prevention rankings. We do not expect our country to be able to spend as much money and manpower as the Chinese government to achieve the goal of “zero”. However, we should not take it lightly and “believe” in the vaccine as a panacea, excluding other factors such as the amount of vaccination.

The problem is that while adults are being vaccinated one after another, many students between the ages of 12 and 18 have not yet been vaccinated, and the medical community is still waiting to see if those under 12 years old can be vaccinated. According to statistics, there were 12,620 cases of children under 17 years old diagnosed in 2020, but from January to August 2021, there were 310,000 and 74 cases of children diagnosed and 41 deaths. In other words, the lack of vaccine protection for children, coupled with the high number of confirmed cases, is inevitably the biggest concern for parents.

We are currently facing another more infectious and faster Delta Delta virus, the study of the virus airborne Virginia Polytechnic Institute and State University professor Linsey Marr said that this variant of the virus is so powerful that an unvaccinated person and infected people in the elevator for one or two minutes, may be infected.

Media reports say that on Sept. 3, when Taiwan confirmed that a pilot had infected children in high school, the Taipei city government decided to close schools for 14 days. Taiwan’s vaccination population coverage has reached 42.73% of the population, while its confirmed cases are in the single digits, but its vaccination is still cautious and cautious again, which is worthy of our reference. The decision to open schools in our states, where the number of confirmed cases is still high, is too hasty, and the risks must be carefully and objectively evaluated, rather than just focusing on “vaccination coverage” alone. Again, if the epidemic gets out of hand, who will be held politically accountable? The Ministry of Education? The Ministry of Health?

Recently, we were shocked to hear that Professor Zhu Guannan, Dean of the School of Chinese Medicine at Southern University College, died of an epidemic. However, there are many “unsolved mysteries” about his death. First of all, Dr. Zhu was 68 years old, was he given “priority vaccination”, which is the reason why we have always emphasized that elderly people “must” be ranked second to medical personnel in the vaccination ranking, and if Dr. Zhu was vaccinated, but still could not escape In addition, if Dr. Chu had been vaccinated, but still could not escape “severe infection and death,” the government should also publish the causes and consequences of his death as a warning. However, the “truth” of many deaths from the disease is unclear, and this is a slight neglect of the deceased.

The government has not released the “map of death” of the deceased patients, and it seems that the MPs of the HPLP have not done their duty to monitor and demand the government to release this very important and critical data. Only by fully understanding the causes of death of patients with NCC, including: age group, time point of death, cause of death, medical history, medical treatment, relief, etc., will we be able to treat the symptoms and reduce the number of deaths.

The cause of death of patients “simple” categorization, is a disrespect for life, Professor Zhu Guannan’s death, I hope to wake up the government and the public attention to the “essential causes” of patient death, the new health minister Kerry’s 100-day plan, this can not be included in the evaluation of its performance of key factors.