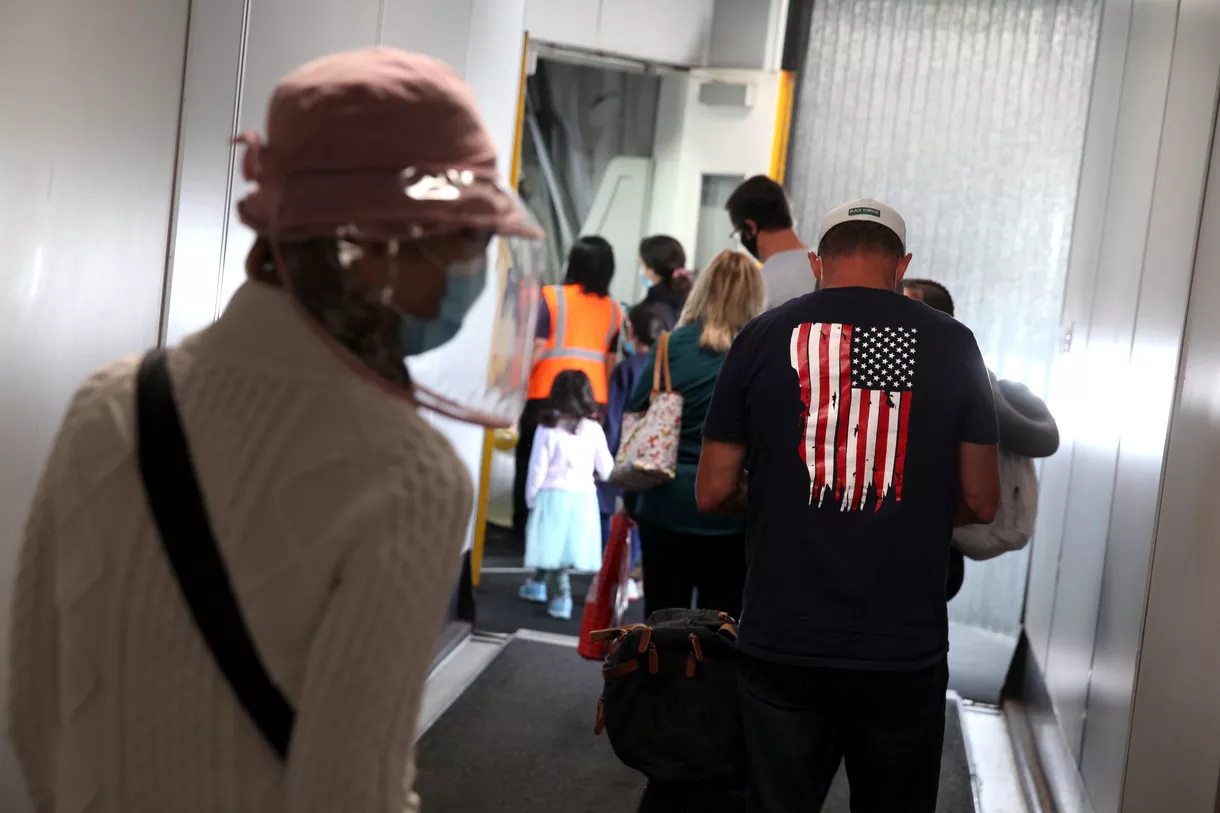 United and American Airlines said Monday that they will temporarily ban passengers who don’t comply with a new industry-wide mandatory mask policy that goes into effect this week.

The new policy announced this week by industry trade organization Airlines for America covers United, American, Delta, Hawaiian, Southwest, and JetBlue. Face coverings will now be required on all these companies’ domestic flights, though the trade group left room for exceptions like young children, people with disabilities, or people with a medical reason for why they cannot wear a mask. Masks must be worn the entire flight, except for when drinking or eating.

While some major airlines already required masks, there were reports that the companies weren’t actually enforcing those policies mid-flight. The trade group’s new policy is more far-reaching than the individual company efforts, though it still leaves it up to the airlines to decide the consequences for passengers who don’t comply.

United and American have so far announced the strictest measures. United says it will place passengers who refuse to wear a mask on an “internal travel restriction list.” Those customers may “lose their travel privileges on United for a duration of time to be determined pending a comprehensive incident review,” according to the company. American, meanwhile, says it won’t let customers board without a mask and “may also deny future travel for customers who refuse to wear a face covering.”

United says it won’t immediately ban noncompliant passengers. Instead, the company says it is instructing its flight attendants to first “proactively inform the customer” that face coverings are mandatory “for the health and safety of everyone,” and then offer the passenger a mask “if needed.” If the passenger refuses, United says flight attendants will “do their best to de-escalate the situation, again inform the customer of United’s policy, and provide the passenger with an In-Flight Mask policy reminder card.”

If the passenger still refuses, the flight attendant will then file an incident report, which the company says will “initiate a formal review process.” The company won’t make a decision about banning the customer until after the flight is over.

US airlines have taken many different measures to help slow the spread of COVID-19 over the last three months, like implementing intense cleaning procedures or blocking off middle seats. They’ve also had to dramatically scale back operations as demand for air travel collapsed because of the pandemic. But despite thousands of new cases every day and more than 100,000 deaths across the nation, many states have been relaxing restrictions, and so the number of people traveling is going back up — meaning it’s up to these transportation companies and trade groups to find ways to keep those people from further spreading the virus.

News Source: US airlines may ban passengers if they don’t wear face masks