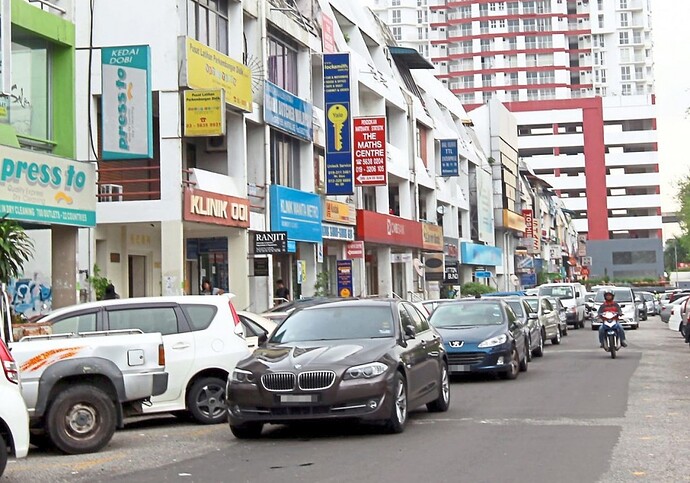 Subang-Jaya-1024x7181024×718 200 KB
PETALING JAYA: Getting a parking spot when running errands in some commercial areas in Selangor’s Subang Jaya and Puchong will be easier from the middle of this year.

Subang Jaya mayor Johary Anuar said the matter was being finalised and commercial areas in USJ 9, USJ 10, SS19, Bandar Puteri Puchong as well as Bandar Sunway are among those in the review.

“These will be known as ‘two-hour parking zones’. We are also studying other roads and areas.

“The rates for these zones will be 60 sen for half an hour or RM1.20 per hour,” he said after chairing the council full board meeting yesterday.

Johary said the move to impose a time limit had been in the works for some time to improve parking availability in the affected areas.

“We aim to make the street-parking facility available to visitors to the areas rather than being dominated by those who work there,” he said.Johary: A system to monitor vehicles parked in these zones will alert enforcement officers if any have been parked for longer than allowed.

After the two-hour limit, private and commercial vehicles must vacate their spot and these motorists will not be allowed to park in the same area, he said.

“We will introduce a system to monitor vehicles parked in these zones to alert our enforcement officers if anyone has been parked for longer than allowed,” he added.

Johary confirmed that the use of scratch coupons and pay-and-display parking machines would end on March 31.

“Those who do not own smartphones will be able to pay for parking to authorised e-coupon vendors.”

He said parking coupons that were bought but unused could be refunded before March 31.

He added that details on the process and the location for refunds would be announced soon.

On another matter, Johary said the city council would work to prevent a recurrence of the floods that swept Selangor last December.

“We will strengthen our by-laws and make conditions for development stricter to ensure sustainable development.

“We will also establish an alert system to inform and disseminate warnings concerning floods, especially for residents in flood-prone areas.”

He said the system was designed to detect water levels and rainfall and sound an alarm to warn residents.

“It will also trigger an alert at MBSJ’s command centre where more warnings will be issued to chat groups with community leaders; agencies involved in rescue and disaster management as well as to the public via our social media,” he said.

Johary added that the alert system and additional steps like engaging and educating residents as well as updating phone numbers of community heads in hotspot areas needed to be done before the next monsoon season.