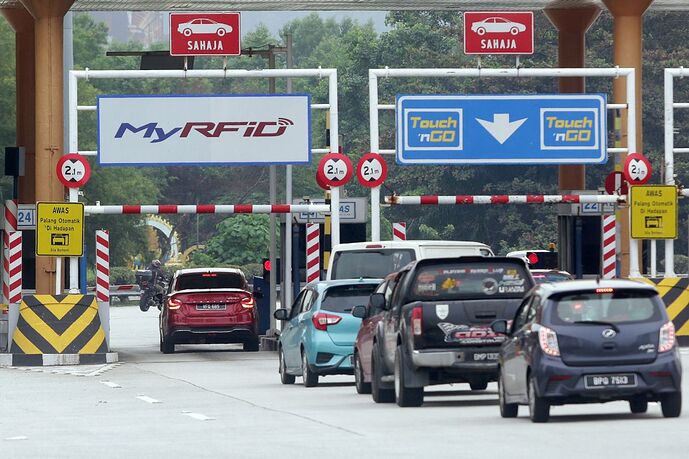 Touch ‘n Go Malaysia has announced that users can now terminate their RFID tag via its dedicated portal.

In an announcement on Facebook, the company said users only need to terminate their RFID tag if their vehicle has been stolen, or sold to another owner.

As the RFID tag is not transferable and is unique to each registered customer and vehicle, TNG advised users in an FAQ to terminate the RFID tag in the event of theft or sale of their vehicle as toll fares may be deducted from their TNG ewallet even though the vehicle is being used by a new owner.

It added that customers will not be compensated for the fare if they fail to terminate their RFID tag.

On the portal, users can click on My Vehicle(s) on the dashboard to view their RFID tag details. They can then submit a request to terminate the tag, request a replacement tag or activate a tag.

Customers can also view details such as transaction history through the portal and perform other actions such as submitting refund requests.

Previously, the company said that users had to email or contact a customer service hotline to terminate their RFID tags. Back in 2019, the company asked RFID tag pilot testers to submit their termination requests through Google Forms where details such as IC numbers, car plate numbers and current Touch ‘n Go eWallet app balances were required.

The Touch ‘n Go eWallet currently does not offer users the option to terminate the RFID tag though the app.

The TNG RFID tags are priced at RM35 each. Customers can get RM8 cashback when they purchase the tag through the TNG eWallet. The offer is valid until June 30.

Last month, Touch ‘n Go announced that an enhanced TNG card with NFC is available to purchase for RM10 each. The card is now sold out and the company has responded to users on Facebook that the next batch of cards is expected to be released in June.

What do you normally use to pay toll fare? RFID, Smart Tag or …?