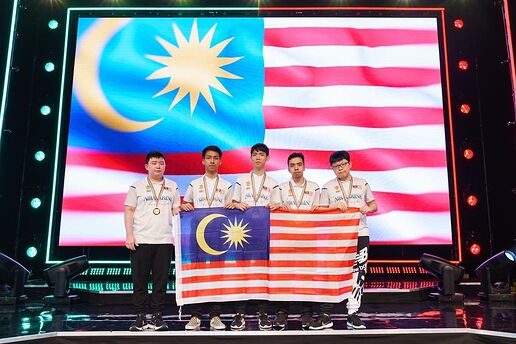 “I am so happy, this is my dream. I have been waiting for this for years. It means so much to the people back home, lots of people are watching online, and I can hear all the messages coming in for me already," Mohamad Haikal said in a statement to the Global Esports Federation.

“What makes Malaysia so good at games? We have a lot of different cultures in our country but we come together very well, and that is our strength,” team captain Stephanie said in a statement.

The Malaysian contingent was formed by the Malaysia Electronics Sports Federation (MESF) with deputy president Afiq Fadhli Narawi as the team manager.

The Commonwealth Esports Championships was held for the first time this year alongside the Commonwealth Games at the International Convention Centre in Birmingham. Overall, three titles were contested at the event including Rocket League, which Malaysia did not participate.