This light bulb, which has been on for 120 years, exposes the sales conspiracy of the manufacturing industry! 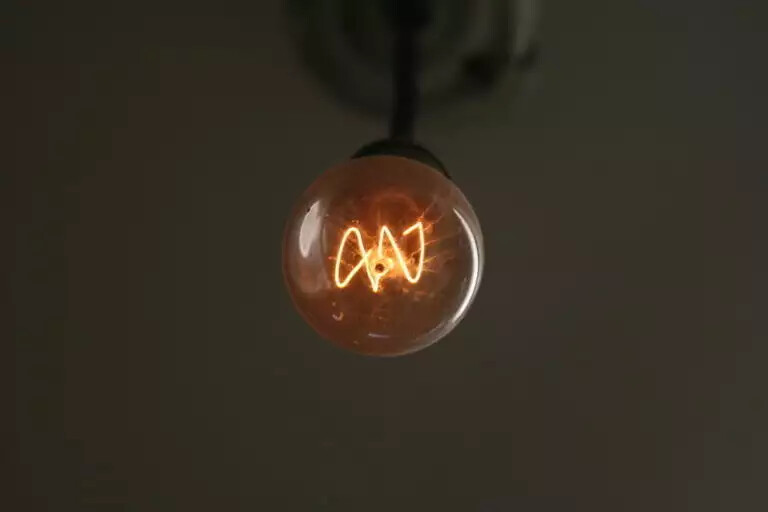 image768×512 18.7 KB
This bulb has been on for 120 years and is still in operation today. Image Source:Centennial Light

In this world, a light bulb is lit for one million hours. In about 120 years, it has hardly been turned off.

The Centennial Light from Shelby Electric Company is located in California, USA. It is currently the longest life-span light bulb in the Guinness World Record.

It even has its own website, The web page layout design of the actual click into the hundred years of light bulb is very positive and simple. From the homepage, you can see the status of the light bulb captured by the camera in real time, and the photos are updated in 30-second units. Not only that, the website also provides many clear photos for friends who like light bulbs to download, and there are also various parties held for light bulbs by the people in the past.

Reading here, you will be curious about the origin of this light bulb and why it can be lit for such a long time?

This light bulb is almost the same era as Edison, used from 1901 to the present

This light bulb was manufactured by Shelby Electric Company in 1890. There is no complicated craftsmanship. It is completely blown by hand. The filament is also the oldest carbon filament. When Edison improved the light bulb, he repeated the experiment thousands of times in more than 1,600 materials, and found that the carbonized cotton filament is the best filament material, and began commercial production of light bulbs in 1878.

This antique-grade light bulb, almost the same generation as Edison, was donated to the California Fire Department in 1901, and has been used until now (Editor’s note: you can see it from the official website, and fire trucks come in and out during parties). The power was originally 30 or 60 watts, so far only about 4 watts remain.

There are several other partners in the same period that are still in operation. The second-longest light bulb is about 112 years old, and it has its own Facebook fan page. In addition, the third and fourth bulbs are 91 and respectively. In 1993, they were retired after 2000.

When a product is too durable, there may be no need to replace old products and purchase new products. In the early 20th century, major light bulb manufacturers from various countries realized this problem and formed a cooperative enterprise alliance in Geneva to discuss how to jointly change the light bulb market and control the product life cycle of the “Phoebus cartel”. Born.

The alliance stipulates that the life of all bulbs must be maintained at about 1000 hours, and it cannot be too high or too low. At that time, it was easier to make the bulb life longer than to reduce it. In order to gradually reduce the bulb life, the manufacturers in the alliance established a liaison organization with each other to exchange technologies to shorten the bulb life at any time. From 1926 to 1934, the average lifespan of light bulbs dropped by one-third, from 1,800 hours to 1,205 hours.

In addition to light bulbs, manufacturers will also reduce the lifespan of smartphones

Although the earliest initiators of this project were the only major manufacturers of light bulbs, other products followed up with this strategy, including the “smart phones” that people use most often in daily life, and they are one of them. Classic example.

Smart phones remind users of the need to replace newer phones through hardware and software limitations, such as battery life, system stops supporting updates, and so on. Think about the era of Nokia 3310. At that time, it was not a problem without charging for a day or two. The iPhone 4, which was discontinued in 2013, made epoch-making innovations in the battery, turning the battery into a non-removable design, and the appearance became more beautiful. Neat. Today, almost all smart phones on the market have been designed like this. Under the fashionable appearance, consumers are also forced to start to need a variety of mobile power supplies and wireless charging pads to keep their phones charged at all times.

Printers are also an example. Manufacturers use internal parts and devices to stipulate that after the printer prints more than a certain number of sheets, it will jump out of the system failure warning. When a customer sends it for repair, the manufacturer may use this to recommend the elimination of the old machine and recommend a new one, and do everything possible to let the customer dispel the idea of ​​repair. After all, the profits that the two can bring are far apart.

In order to allow consumers to accept the short-lived goods, manufacturers must also work hard on advertising

But consumers are not fuel-efficient lamps. In order to allow the public to accept that the life of the bulb is not as good as before, these companies have to pay more attention to advertising, such as saying that the old bulb will require more electricity to maintain the brightness, or those who claim that the longer the bulb life is, the less worth buying. , Even claim that the best life of the bulb is 1000 hours and so on.

Even if the life of modern LED bulbs has greatly surpassed that of incandescent lamps, and at the same time is more energy-efficient and environmentally friendly, it may still be worth understanding whether there are human factors in modern bulbs that control the life of the bulb.

Finally, it is not to say that the new products are necessarily commercial tricks. These new products are bound to have their dazzling and outstanding performance, or they may be more cost-effective than repairs. It is just a reminder to consumers, never trust the businessmen. .