The Ancient Crocodile That Walks On Two Legs Like A Dinosaur 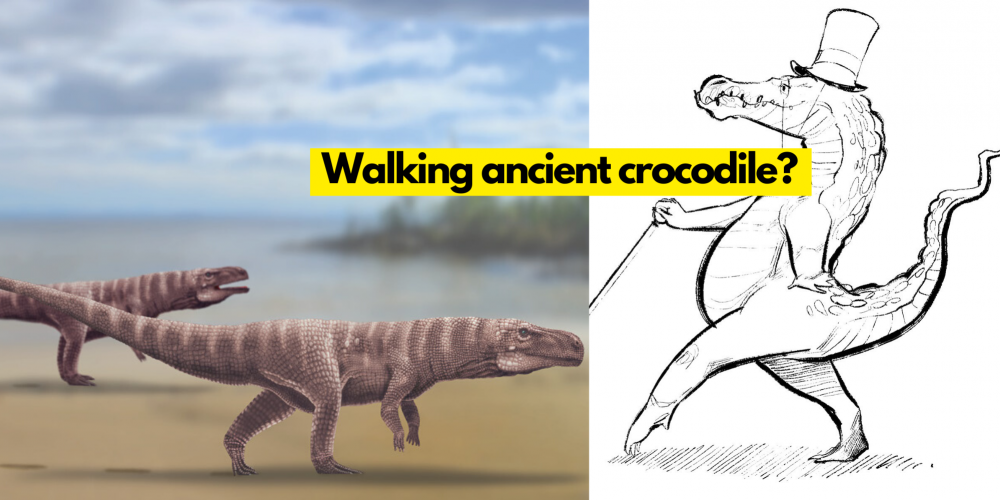 
Researchers have recently found a track of long footprints at Jinju Fomration in South Korea. According to Professor Kyung Soo Kim from Chinju National University of Education, the long track is believed to be made by a 3-metre long ancient crocodile, which was then named Batrachopus grandis.

“The footprints measure around 21 cm, suggesting the track-makers had legs about the same height as human adult legs. These were long animals that we estimate were over 3 m in length,” said another researcher, said Dr. Anthony Romilio from University of Queensland. “And while footprints were everywhere on the site, there were no handprints.” 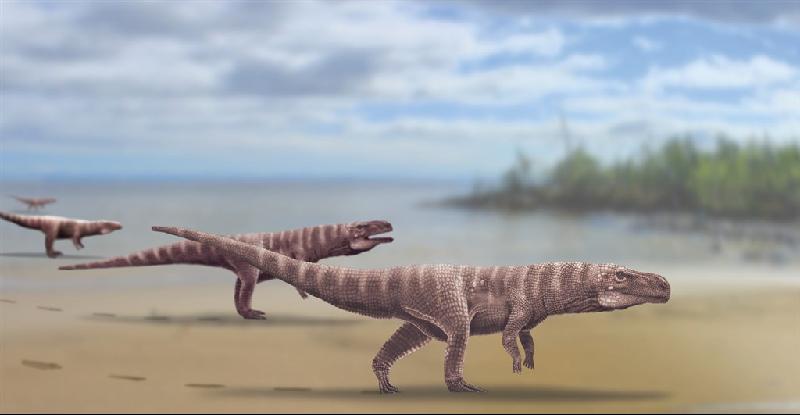 Initially, the research team it was a track left behind by pterosaur.

“The footprints were initially thought to be made by a giant bipedal pterosaur walking on the mudflat, we now understand that these were bipedal crocodile prints,” commented Dr. Anthony Romilio.

So, does this mean the ancestors of the now-crawling crocodiles really walk on their two feet? What do you think?

i think is maybe the dinosaur is back