Started 11th September Foreigner Can Enter The Mosque in Puchong 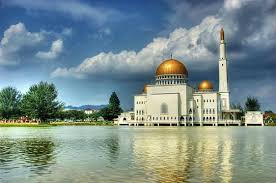 
Mosque is opened beginning September 11th for Friday and congregational prayers throughout the recovery movement control order (MCO), and now foreigner also can enter the mosque with a good protocol included.

Regarding the facebook page Masjid As-Salam Puchong Perdana, They have announced since September 2nd. But before the people who want to pray are coming inside of the mosque, they must show the E-Pass and then must to follow the protocol after admitted for entering the mosque.