Sivagangga cluster 11 of it from same family 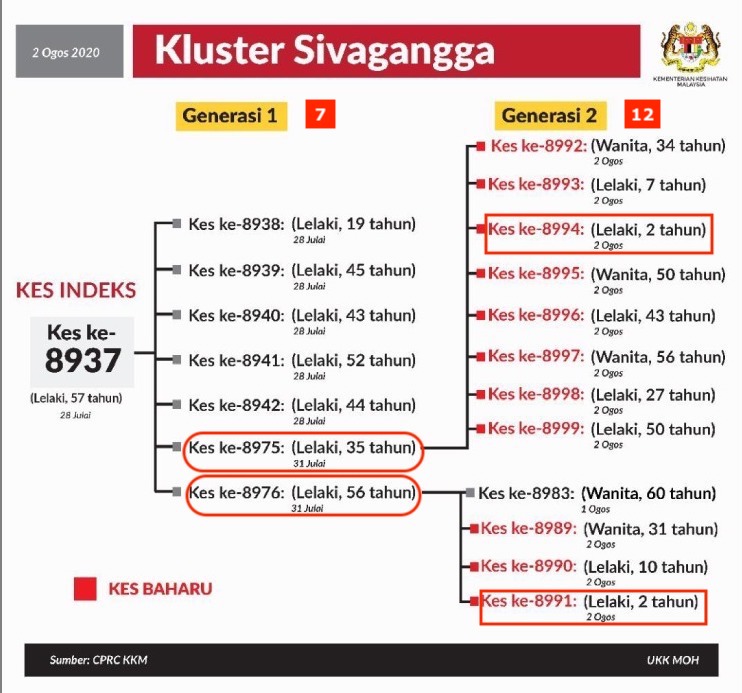 PETALING JAYA, Aug 8: The Sivagangga cluster has spread out from Kedah, with 10 in a family in Perlis infected and Penang breaking its green state streak after recording its first active case in months.

Health director-general Datuk Dr Noor Hisham Abdullah who disclosed this, said 12 of the 25 new infections reported yesterday were from the Persons Under Investigation (PUI) Sivagangga cluster in Napoh, Kedah.

Of the 12 new PUI Sivagangga cluster cases, 10 were in Perlis, one in Penang and another in Kedah, said Dr Noor Hisham.

“The 10 new cases reported in Perlis and another case previously reported in the state on Aug 4, are all from the same family.

“This means all 11 cases in Perlis stemmed from the PUI Sivagangga cluster. Investigations found that one of the family members was a loyal customer of the restaurant belonging to the Sivagangga cluster index case,” he said in a statement yesterday.

He said all 10 new cases were asymptomatic and the patients were being treated at Hospital Tuanku Fauziah in Perlis.

Green state Penang recorded its first case after a person tested positive upon returning home on July 30.“The person’s hometown was in an area that is now under the targeted enhanced movement control order,” said Dr Noor Hisham, adding that the new case in Kedah was a close contact to a previously reported case on Thursday.

A total of 1,884 close contacts were identified and will be tested in Perlis and Penang, following the new positive cases in these states, said Dr Noor Hisham.

Currently, there is a total of 31 positive Covid-19 cases in Kedah, 11 in Perlis and one in Penang, all from the PUI Sivagangga cluster.

As of Thursday at noon, a total of 3,246 people had been screened from this cluster, said Dr Noor Hisham.

Out of this, 43 tested positive for Covid-19, 2,320 were negative and another 883 were still awaiting their results.

On Thursday, Dr Noor Hisham said that the PUI Sivagangga cluster might be from a super-spreader strain of Covid-19 as the cluster had a faster rate of transmission compared with the nine other clusters in other states.

Sivagangga cluster was caused by an individual who returned from India and flouted the home quarantine order.

New Covid 19 cases in Malaysia on Aug 9 is 13 where 9 of it are import cases while 4 of it are local cases. From 4 local cases, 3 from Penang and 1 from WP Putrajaya 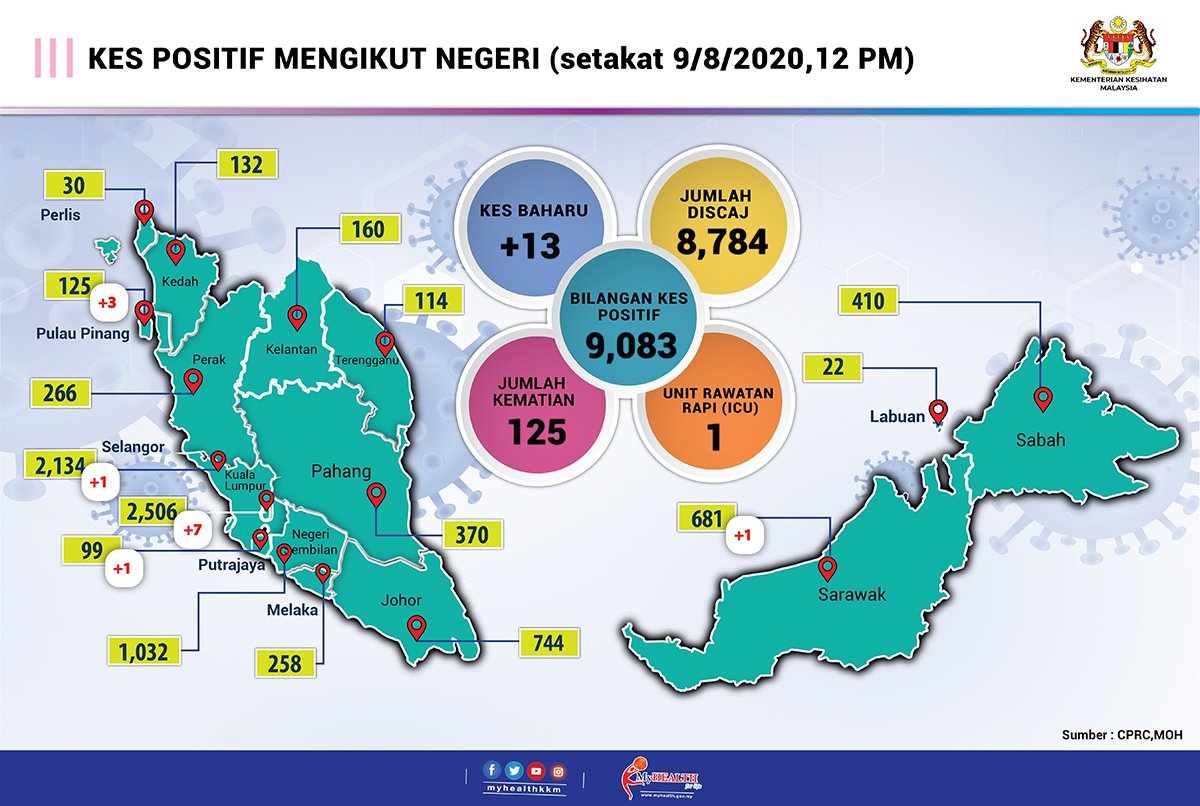 This kind of infection is very scary

There are possibilities that some not yet tested. #StaySafe