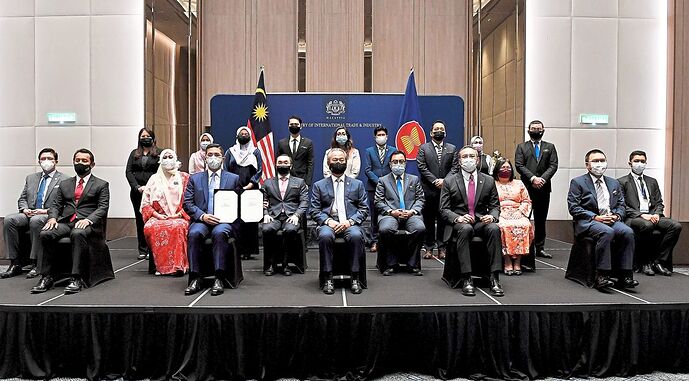 KUALA LUMPUR: Malaysia has called on global leaders to expand their efforts to flatten the curve of terrorism in the wake of the Covid-19 pandemic and restore peace and stability to the world.

Prime Minister Tan Sri Muhyiddin Yassin said while the world worked to flatten the Covid-19 curve, recent terror attacks in Europe proved that the terrorism curve and violent extremism had not been flattened.

“Let me express my government’s appreciation to all parties which joined the statement of support for the UN secretary-general’s appeal for a global ceasefire amid the Covid-19 pandemic.

“We hope this initiative will contribute towards ending hostilities and achieving sustained peace throughout the world, ” he said.

The 11th Asean-UN Summit was held on the last day of the 37th Asean Summit. It was also joined virtually by UN secretary-general Antonio Guterres.

Muhyiddin further stressed that Malaysia’s recent ratification of the Treaty on the Prohibition of Nuclear Weapons demonstrated the country’s unequivocal support for this agenda.

He said Malaysia remained committed to tackling the threat of terrorism by addressing its root causes.

“At the same time, we have to promote mutual respect and a harmonious and peaceful co-existence while opposing persecution, provocation, prejudice, hate speech and religious or racial hatred.

“Malaysia also welcomes the UN secretary-general’s plan of action to prevent violent extremism (PVE) which focuses on the prevention element, an approach already being practised by Malaysia, ” Muhyiddin said.

He also pointed out in his speech that, as recommended by the UN, Malaysia was currently developing its national action plan for PVE. — Bernama