People had vaccinated can avoid the cause death of Covid 19 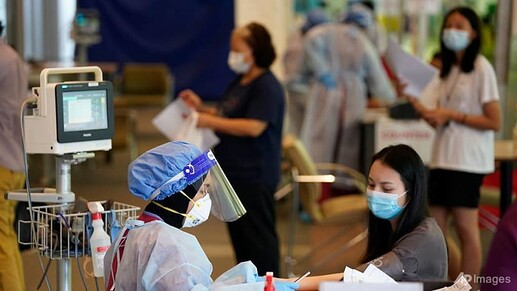 KUALA LUMPUR: Covid-19 vaccines have prevented 16,000 to 17,000 deaths in Malaysia over the last 15 months, a new modelling study has revealed.

"The country reported 35,911 deaths due to Covid-19 since the outbreak.

"However, without vaccination, the model projection estimated that Malaysia could have potentially logged 52,149 fatalities in this period.

Dr Kalaiarasu said the model projection also accounted for overall vaccination rates and adjusted for infection rates and case mortality rates observed in both the vaccinated and unvaccinated segments.

The virus, he said, claimed 4,278 lives between January and June this year from the 1,807,969 positive cases clocked in the same period.

"Based on the latest mortality statistics, 74 per cent of Covid-19 deaths in this period involved those aged 60 and above.

“At least 87 per cent of the victims reportedly had at least one underlying health condition,” he said.

Malaysia’s cumulative case fatality rate from January this year, he said, was at 0.24 per cent up to June 30.

The National Covid-19 Immunisation Programme, which kicked off on Feb 24 last year, saw 98 per cent of the adult population innoculated.

According to the Health Ministry’s CovidNow portal, nearly half of the country’s population, or 16,176,976 people, have received the first vaccine booster shot up to Monday.

Only the Pfizer vaccine is used for the second booster dose.

Up to Monday, 294,542 people have taken the second booster shot.