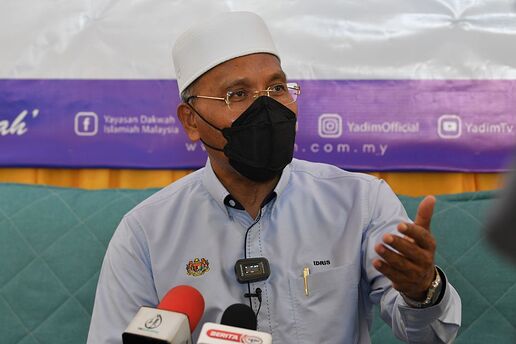 PETALING JAYA: Claiming to be facing severe backlash, the PAS Ulama Council is calling for four actions over the controversy surrounding the whiskey brand Timah.

In a statement on Monday (Oct 18), council information chief Mohd Nor Hamzah said since the controversy over Timah began, the Islamist party has been facing public backlash as it is a part of the Federal Government.

“It is unwise for anyone to relate the issue with the present government, as is being spread on social media at present,” he said on Monday (Oct 18).

Mohd Nor said one the four actions requires the government to conduct a background profile check and due diligence on the company that manufactured Timah.

"The Federal Government must take stern action by shutting down this liquor manufacturing company to avoid a precedent of new liquor companies emerging.

"The Federal Government must also ensure that all advertisements and promotions regarding alcoholic beverages are monitored according to existing guidelines on the promotion of alcoholic drinks, as laid out in Part 3, Content Code on Advertisements, Paragraph 8.5 (Other Specific Advertisements), Malaysia Communications and Multimedia Content Code.

“The Federal Government must also streamline monitoring and enforcement by the authorities such as the Home Ministry and the Domestic Trade and Consumer Affairs Ministry so that this does not happen again,” he said.

Earlier, Minister in the Prime Minister’s Department (Religious Affairs) Idris Ahmad shared a video clip of his interview with TV AlHijrah, clarifying his stance on the matter.

“We have always been consistent in our stance against alcohol because it is clear that it is haram according to the Quran,” he said.

Idris added that he had lodged a complaint with the Domestic Trade and Consumer Affairs Ministry and Home Ministry, asking them to investigate the matter.

The Malaysian-made Timah is priced at RM190 per bottle and contains 40% alcohol.

The company manufacturing Timah has since explained that the name Timah refers to tin mining in colonial Malaya and the man depicted on its label is Captain Tristam Speedy, an English Officer in Malaya during the British Colonial era.

“Any interpretation of our name unrelated to Malaysian mining is false,” said the company.

“We don’t object to alcohol being consumed by non-Muslims, but we are requesting the government to order the manufacturer to immediately change its brand as well as the picture on the bottle to a name and picture that does not trigger the sensitivity of Muslims in the country,” he said.

In a statement on Monday, Wan Salim claimed that the name “Timah” was derived from “Fatimah”, which is also the name of Prophet Muhammad’s daughter, who is held in high regard by Muslims.

"What’s worse is when the picture on the bottle seemed as though it’s an image of a religious man in a beard and skullcap!

“We hope the country’s leaders, particularly those who are Muslim, will also state their opposition towards the insensitivity shown by this alcohol manufacturer,” he added.

What do you think is the best way for this? Change brand or picture?