No 'Thor: Love And Thunder' for Malaysians, GSC announces 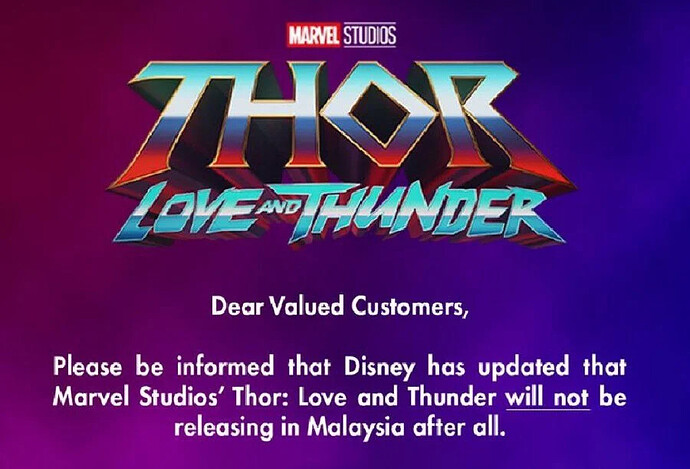 Golden Screen Cinemas has announced in a social media post today (July 28) that Thor: Love And Thunder will not be screened in Malaysia after all, after an update by film’s distributors The Walt Disney Company (Malaysia) Sdn Bhd.

“Please be informed that Disney has updated that Marvel Studios’ Thor: Love And Thunder will not be releasing in Malaysia after all,” the statement said.

Now, it seems that the movie has gone the way of another Disney movie, Lightyear, which was taken off Malaysian cinema schedules in June.