No criminal elements were involved in the fall of the Sitiawan crane, according to Perak police 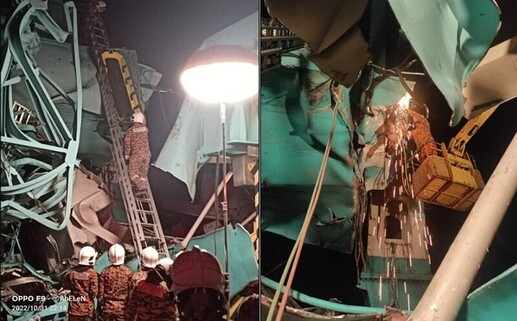 IPOH, Nov 1 — A police investigation into the case of a crane incident that left two men dead and one injured at a factory in the industrial area in Kampung Acheh, Sitiawan yesterday afternoon found no element of crime.

Perak police chief Datuk Mohd Yusri Hassan Basri said police received a call about the crane collapse at 5.15pm and rushed to the scene with the Fire and Rescue Department.

“At the time of the incident, there were four workers including a 36-year-old man who was safe while another 34-year-old worker was injured with a broken right leg.

“According to witnesses, the two dead victims who were carrying out crane cutting work at the disposal site before the crane suddenly fell and crushed them to death on the spot,” he said.

Mohd Yusri said operations at the factory had been temporarily halted until the investigation into the incident was completed at the scene.

“The injured victim was sent to Manjung Hospital for treatment while the post-mortem on the two dead workers will be conducted to find the cause of death today,” he said, adding that the case was classified as sudden death.

Yesterday, the fire department received information about the collapse of a crane that killed Abdul Rajim Hasmki, 33, and Maiyden Asibin, 29, while Mosed Alinid, 34, was injured at 4.58pm.

Meanwhile, Mohd Yusri said the police are tracking the people who dumped 33 drums filled with liquid chemicals found in an open area near the Gopeng Rural Transformation Centre (RTC) yesterday.

“The police have conducted an investigation and handed it over to the Environment Department for further investigation. The police will make an arrest if they find any evidence or suspects who did this,” he said.

A spokesman of the Perak Fire and Rescue Department (JBPM) reportedly said that all the drums were found to be leaking and they were believed to have been dumped illegally by irresponsible parties. — Bernama