*A new way for artists to show off music* 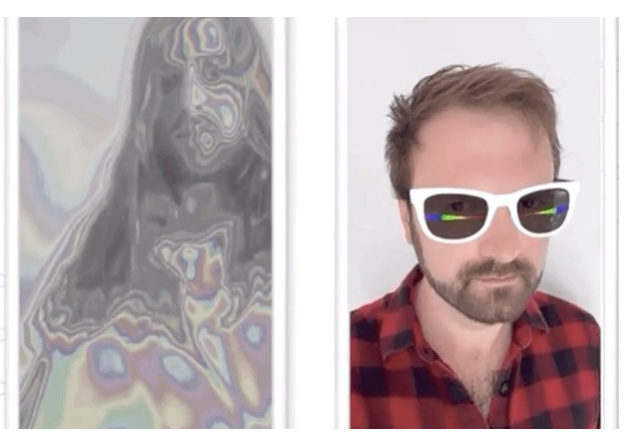 Instagram is continuing to build out its augmented reality effects, and today, it’s announcing that creators can build effects that react to music through Spark AR, the company’s AR-creation tool. Creators can either import their own music, so long as they own the rights to it, or have the effect sync with any song they pick from Instagram’s music library, which contains big hits and popular music for which Instagram pays the licensing fees. To coincide with the launch, singer Ellie Goulding launched her own effect for a new song.

The company’s also allowing for “media library” effects that allow people to apply effects to photos or videos from their phone’s library. Typically, people have had to apply their AR effect in the moment as they film, rather than retroactively. This has already been available for Instagram’s own effects, but not as an option to third-party creators.

Matt Roberts, Spark AR product manager, says the company wants to give creators as much opportunity as possible to be creative with their effects and then let them find an audience, which is why it keeps innovating on new tools and formats for effects. Since April, the company has launched AR stickers; a new way to show off effects in creators’ profiles; an updated effects gallery for people to search through; and “gallery picker” effects that allow viewers to take videos and photos from their library and include them in their content.

That recent gallery picker effect works like a green screen in which the library content populates behind the person filming. A similar effect is widely used on TikTok for memes, and it’s easy to imagine Instagram wants that possibility, too. When asked about Instagram’s potential meme ambitions, Roberts instead focuses on how people might make content in Instagram but then share it on other platforms. He tells The Verge he’s seen other Instagram features, like quizzes, show up on TikTok.

“There’s a lot of movement between those platforms for consumers; they’re pretty savvy about how they use their media,” he says.

For now, AR effects makers are mostly on their own as far as monetization. Unlike Snapchat, which runs its own partners program that pays its top AR effects makers, Instagram lets creators develop their own business and find ways to make money. (Roberts notes that Facebook will foot big-name brands’ cost of creating effects.) When Spark AR first started rolling out, creators said they hoped their work on the platform would wrangle them gigs for brands. They could get paid to create their effects, they said. Roberts says that is “absolutely happening.”

However, he adds, “I think we have a long way to go before it becomes something that is at the scale of anything close to video, or photography, or one of the more established media, where there’s a very robust network of agencies and freelancers and channels to distribute it.”

News Source: Get ready for Instagram effects that move to music

More things to play with now on instagram XD