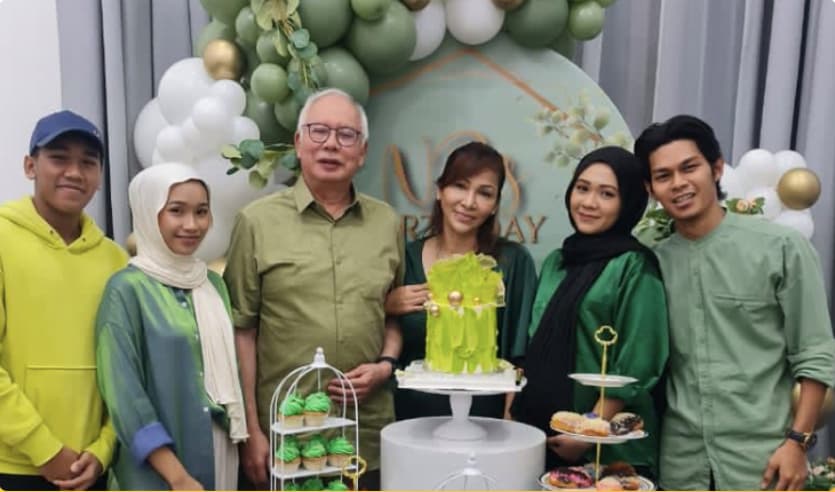 The comment was made on Najib’s [status update regarding his meeting with Singaporean Foreign Minister Dr Vivian Balakrishnan and the island nation’s High Commissioner to Malaysia Vanu Gopala Menon.

At publishing time, the senator’s comment had received 722 reactions and hundreds of replies from other users.

Recently, a photograph of Najib with a woman clutching his arm while being flanked by youngsters in what seemed like a family photo had gone viral on social media.

This created speculation on whether the Pekan MP has a new wife and family, even though he is currently married to his second wife Datin Seri Rosmah Mansor.

The rumour of Najib being hitched to someone new has been going around in the political circles for at least a year or two.