MySejahtera registration mandatory even did not go to petrol station counter? 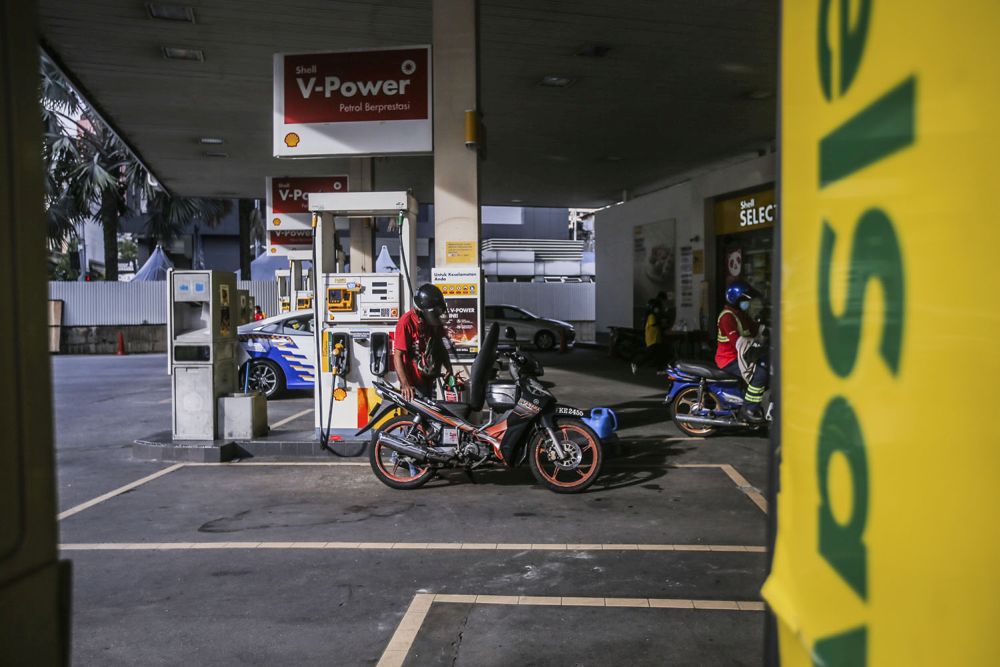 KUALA LUMPUR, Nov 9 — Two National Security Council hotline operators contradicted each other when asked if it is necessary to register with MySejahtera at self-service fuel stations, after the police asserted today that failure to do so was punishable.

According to Sin Chew Daily, one operator said this was not needed if consumers paid for their fuel with credit cards directly at the pumps and did not enter the stations.

“If the people are issued compounds for failing to scan, they can appeal,” the person said.

However, another operator concurred with the police who said earlier that MySejahtera registration was mandatory even if consumers did not go to the station’s cashier counters.

“If they do not scan the app, police will issue compounds. Hence, the people must scan when filling up,” said the second operator.

The second operator also said that scanning the MySejahtera quick response (QR) code at the cashier also addressed concerns about using cellphones near the fuel pumps.

When it was pointed out that NSC hotline operators were contradicting one another, the person then said the matter would be addressed in tomorrow’s briefing on security matters related to the conditional movement control order (CMCO).

“If the people do not register or scan, how will the police trace them if there are Covid-19 cases in the area?” he was quoted as saying.

Mior was commenting on a viral voice clip of a man claiming his father was fined RM1,000 for failing to register the MySejahtera app before filling up at a fuel pump despite wearing a face mask.

If this is a mandatory procedure at petrol station then there should be a reminder to remind users to register themselves on MySejahtera when they refuel. 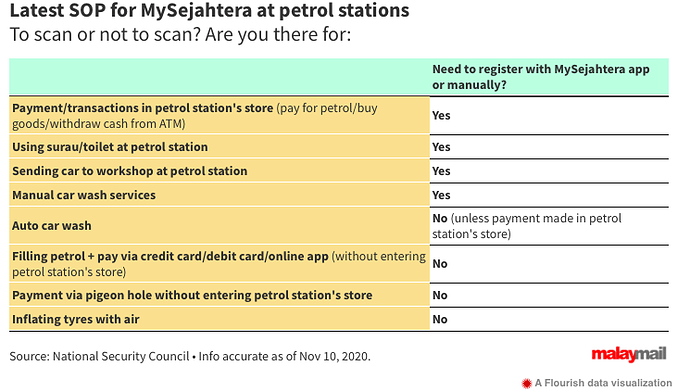