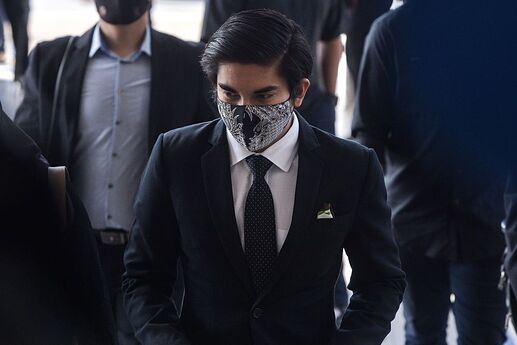 KUALA LUMPUR, Jan 5 — Malaysian United Democratic Alliance (Muda), the nascent party formed by Muar MP and former minister Syed Saddiq Abdul Rahman, was forced to defend itself against allegations of immoral behaviour over photos of several youths seen in tees depicting the party’s logo that were spread on social media.

The photos have also drawn accusations that party leaders could have misappropriated funds meant for flood relief work, although no proof was provided to substantiate such claims.

In a tweet posted late last night, the Muar MP stressed that his party has been transparent about all flood-related donations and how the funds are spent.

“You don’t need to accuse us of using crowdfunding money. We’ve made it all public,” he wrote.

“I held a special press conference just to show all the receipts. All transactions were recorded and we will audit them after the flood relief missions (are done). 100% of the donations are for flood victims.”

Other party members or supporters have also responded, calling the act of sharing the photos a smear tactic intended to discredit Muda.

Some defended the youths in the photos, saying they have done nothing illegal and that a multiracial party like Muda should not have to explain itself if its non-Muslim party workers want to consume alcohol.

“I don’t know who they are but even if they are members of @partimuda, no wrong or illegal action is being done here,” said Twitter user @drmathen, who described himself as one of the party’s co-founder.

“A cheap smear tactic that is baseless,” he added.

“Our Muda members are hardworking and honourable individuals and I stand by them.”

Who took or first leaked the photos is unknown, but critics of the party quickly took to Twitter to question Syed Saddiq and the party’s integrity.

In the photos, two men and a woman were seen sitting at a table with several beer bottles and cans on it. One man and the woman wore a black tee with Muda’s logo printed across the chest while the other man was bare-chested.

The eyes of the two persons in the Muda tee were blacked out.

Much of the condemnation was focused on the act of drinking itself, with detractors saying the photos indicated Muda had members with questionable morality, a tactic often favoured by right-wing conservatives from either Umno or PAS.

Muda is seen as a threat to the ruling coalition, who will be going into the next general election facing up to seven million new young voters.

There is a consensus that the demographic can be hard to predict, with a majority of them generally uninterested in racial or moral politics and more keen on supporting any party that can address issues that affect them directly, like unemployment or housing.

Which party do you think the youth will vote in future?