KUALA LUMPUR (April 20): More than 44 million face masks have been distributed to frontliners and households nationwide as of April 18.

The National Disaster Management Agency (NADMA) said out of those, 11.9 million pieces were for frontliners, while the remaining 32.6 million have been distributed in stages so far to 8.163 million households beginning April 2.

The face masks have been distributed to all State Disaster Management Committees and the Civil Defence Force with each packet containing four pieces that carried a label stating it was a contribution from the Malaysian government.

“For logistical reasons, the state committees will distribute the face masks to the district level disaster management committees, before passed on to the Village Security and Development Committees (JKKK), Village Community Management Councils (MPKK), village heads, residential community leaders, joint management bodies and management committees for further distribution to households in their respective locations,” the agency told Bernama on Monday.

Besides this, NADMA also informed that Malaysia had sent over 1 million face masks to Palestine and another two million pieces to Bosnia Herzegovina.

Meanwhile, to date, the NADMA Covid-19 fund has received contributions totalling RM27.8 million, including RM1 million from the government.

Of this, RM14.7 million have been channelled to the Women, Family and Community Development Ministry (KPWKM) and the National Welfare Foundation for distribution of aid to the needy.

Finally i received it. 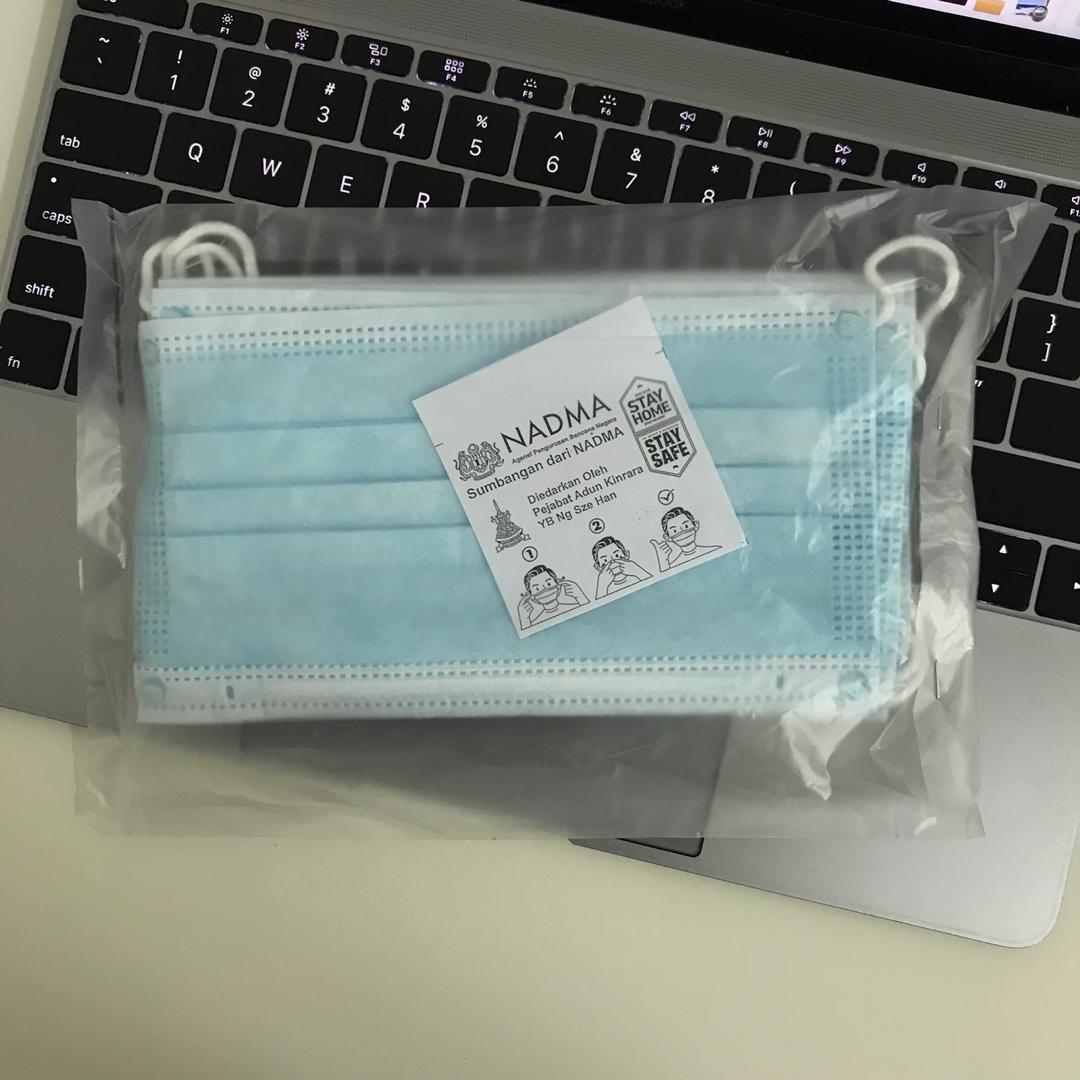