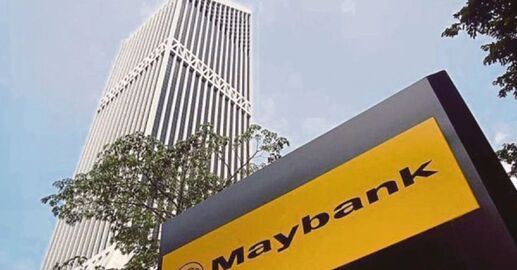 Maybank will lease 14 floors of the tower in Shah Alam, totaling 162,000 square feet, as a permanent alternate office location for the group.

The decision to secure office space in Sumurwang Tower is solely for business continuity management (BCM) and resiliency planning to ensure Maybank’s operations and service delivery are not disrupted, according to a spokesperson from Maybank.

The spokesperson told the New Straits Times that the tower will serve as an additional permanent alternate office site for the group to accommodate new work arrangements resulting from the Covid-19 pandemic, such as hybrid and remote work considerations for the group’s various functions and businesses.

The office space in Sumurwang Tower will be able to accommodate roughly 1,400 Maybank employees by the first half of 2022.

According to the spokesperson, Sumurwang Tower will be renamed Mercu Maybank after receiving approval from the Shah Alam City Council and will feature Maybank signage on the building’s rooftop.

"Given our experience with the Covid-19 pandemic and its prolonged impact, we have taken into consideration under our BCM processes the need for a permanent alternate office site to carry out business as usual operations as part of risk management.

“This is meant to help ensure business continuity of Maybank’s operations in any event and facilitate the quick activation of BCM protocol when the need arises,” the spokesperson said.

According to the spokesperson, no branches or offices in the Klang Valley will be closed as a result of this decision.

The spokesperson said that keeping a safe distance from Menara Maybank was an important factor in locating a suitable permanent alternate office location.

“Moreover, it has the required space to accommodate the Maybank workforce that will need to be relocated for business continuity purposes,” said the spokesperson.

Sumurwang Tower is a Grade A office tower with MSC status that incorporates Artificial Intelligence and smart features.

The financial hub will be linked to the i-City LRT Station, which is set to open in 2023.