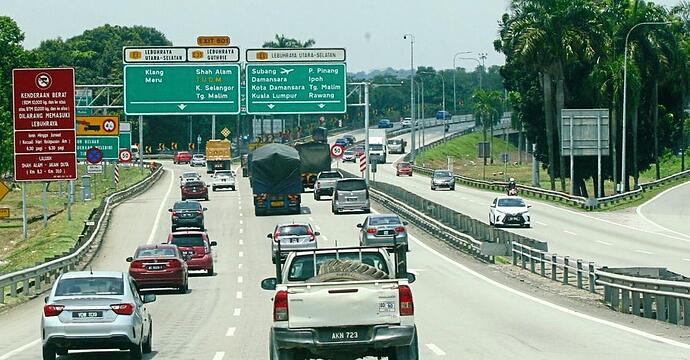 PETALING JAYA: Many Klang Valley residents are skipping town early because of the water disruption ahead of the long weekend in conjunction with Maulidur Rasul (Prophet Mohamad’s birthday) next week.

Some were quick to book holidays amid the ongoing water disruption, which precedes a potentially long weekend break in conjunction with Maulidur Rasul, a national holiday that falls next Tuesday.

Sapiah Alias, 65, who is staying in Shah Alam, said that she would be going to Langkawi until next week with four other family members due to the water disruption.

“It was my daughter’s idea to bring all of us to Langkawi for a short trip.

“Although we already stored some water, we decided to pack for a quick getaway,” said the pensioner when contacted yesterday.

Siti Mardiana Marzuki, 33, from Kuala Lumpur, said that her family has decided to go to Penang first before heading to her husband’s hometown in Kuala Kangsar, Perak, on Sunday.

“At the moment, I am feeling relaxed as I finally get to de-stress after so many months confined at home. I took leave until Tuesday.

“I have been working from home due to the Covid-19 pandemic, and it has been quite stressful,” she said.

“This is because I wasn’t able to meet people and socialise.

“Although I’m thankful for the break, I have to be extra cautious and avoid crowded areas as I’m travelling with children,” added the mother of two daughters.

Air Selangor announced on Oct 1 that the water supply will be disrupted starting at 9am on Oct 13 for upgrading and maintenance works at the Sungai Selangor Phase 1 water treatment plant, a move affecting eight regions including Kuala Lumpur, Petaling and Shah Alam.

The Malaysian Highway Authority expects traffic to increase by up to four million vehicles daily this weekend in the run-up to Maulidur Rasul, compared to 3.5 million vehicles a day at the moment.S. Arvindran, 39, is planning to head to Johor Baru tomorrow to meet his parents.

“I have not seen them for quite some time, and the area I am living in is facing some water issues.

“This is the perfect time for me to go and see them,” he said.

He said the projected figure on the number of vehicles expected to enter the state via the Ayer Keroh Toll Plaza was provided by PLUS Malaysia Bhd after interstate travel was allowed recently.