Malaysia: Reasons behind could not purchase Covid-19 vaccine earlier 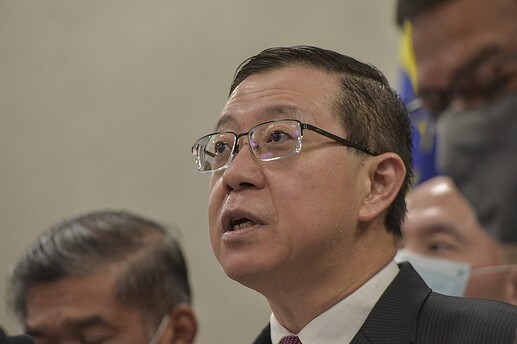 KUALA LUMPUR, Dec 24 — DAP’s Lim Guan Eng wants the Finance Ministry to explain the reasons why it could not provide the funds to purchase the Covid-19 vaccine now like other neighbouring countries.

The former finance minister in the Pakatan Harapan administration said the cost — which is between RM2.1 and RM3 billion — is not much compared to the Prihatin economic stimulus package that sits at RM305 billion.

“DAP totally rejects the pathetic excuse given that Malaysia does not have the financial resources like Singapore to make earlier purchases of the vaccines. Such an excuse is acceptable if the cost of the vaccines is RM100 billion and not the reported RM2.1 billon.

“What is a paltry RM2.1 billion compared to the Perikatan Nasional government RM305 billion Prihatin economic stimulus package this year against the negative economic impact of Covid-19?” Lim said in a statement.

Yesterday, Putrajaya disclosed that it has secured vaccine coverage for another 10 per cent of the population and was on track to procure enough doses to vaccinate over 80 per cent of the country at an estimated cost of RM2.05 billion.

However, neighbouring countries like Indonesia have already commenced vaccinations. This is despite its government reportedly facing difficulties due to a large population of 268 million and the estimated cost of China’s Sinovac Biotech Ltd vaccine at 200,000 rupiah (RM81) a dose.

Other countries like Singapore and Vietnam are developing their own vaccine while working with international pharmaceutical companies in a joint endeavour.

As such, Lim asked the Finance Ministry to clarify reports that it had refused to provide the sums necessary to buy the vaccine.

If indeed true, he said it was a bigger blunder and more inconmpetent act than Malaysia’s downgrade in sovereign credit ratings by Fitch recently.

On December 4, Fitch Ratings revised Malaysia’s Long-Term Foreign Currency Issuer Default Rating (IDR) to ‘BBB +’ from ‘A-’ with a stable outlook following the Covid-19 crisis which not only impacted the country’s key credit metrics but also those of other countries.

As a Malaysian citizen, do you think this reason is reasonable?