Keeping Cool as It Gets Hot Under the Collar

Keeping Cool as It Gets Hot Under the Collar 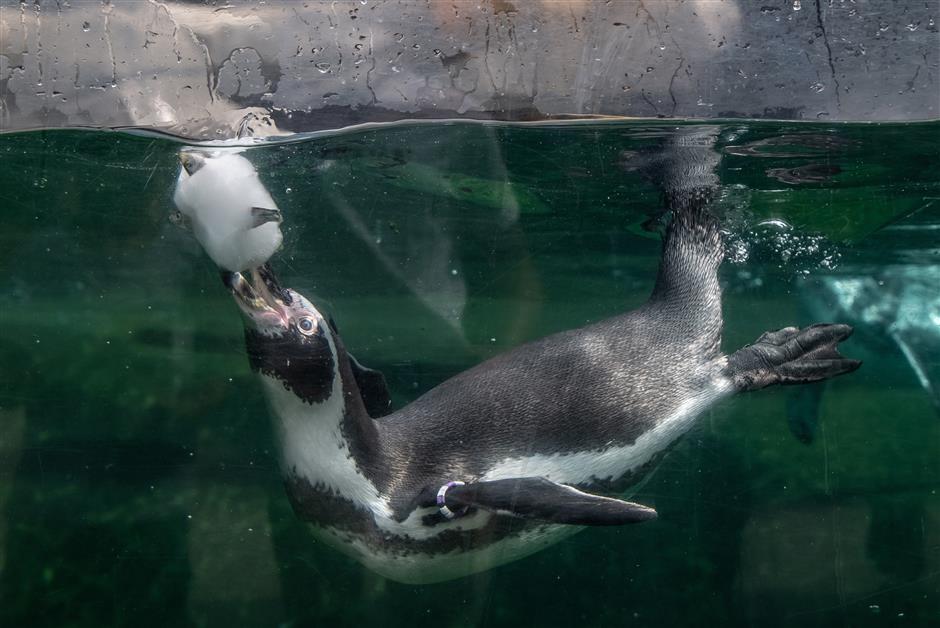 A Humboldt penguin grabs a seafood-flavored frozen treat at the Paris Zoological Park, France, as a heatwave hit the nation on August 10, with temperatures reaching around 40 degrees Celsius. 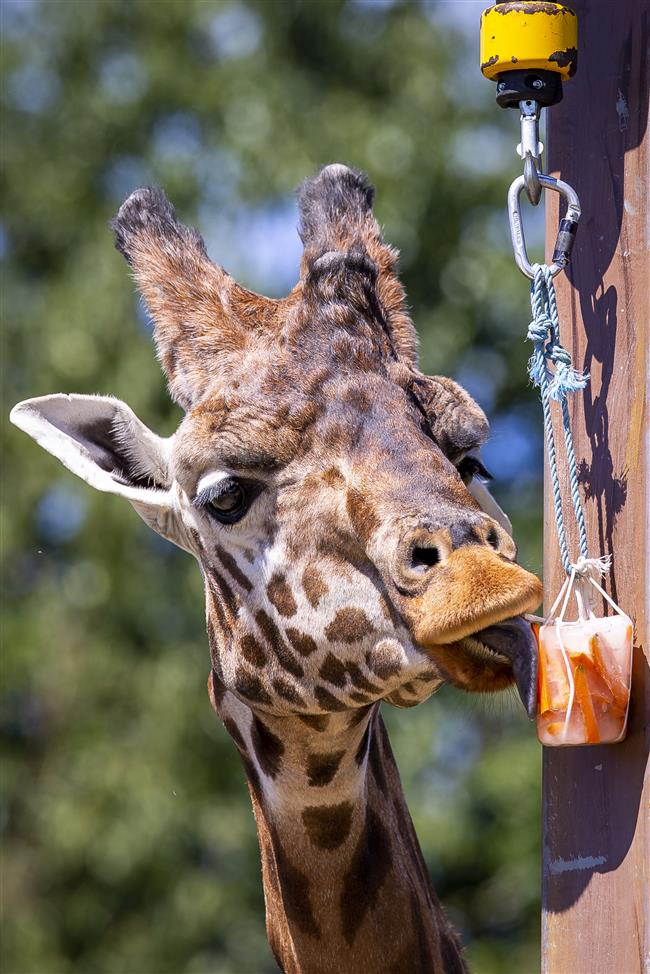 A giraffe licks an iced block containing carrots on July 31 at Chessington World of Adventures Resort in Surrey, England, as temperatures soared across the UK.

A ring-tailed lemur licks an ice lolly in Yantai, Shandong Province, on August 10. 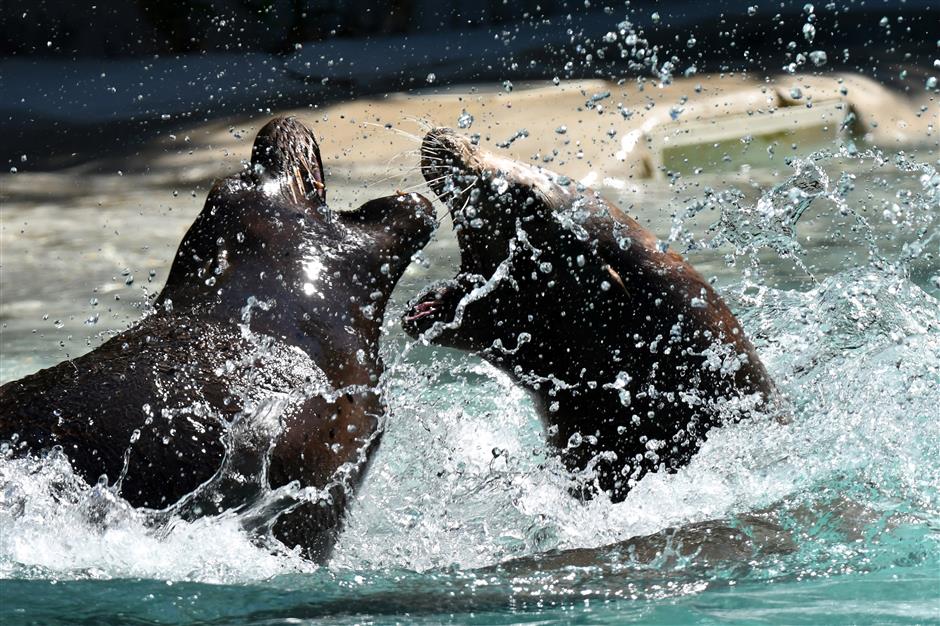 Two sea lions play in a pool at the Zoological Park of La Fleche, western France, on August 7. 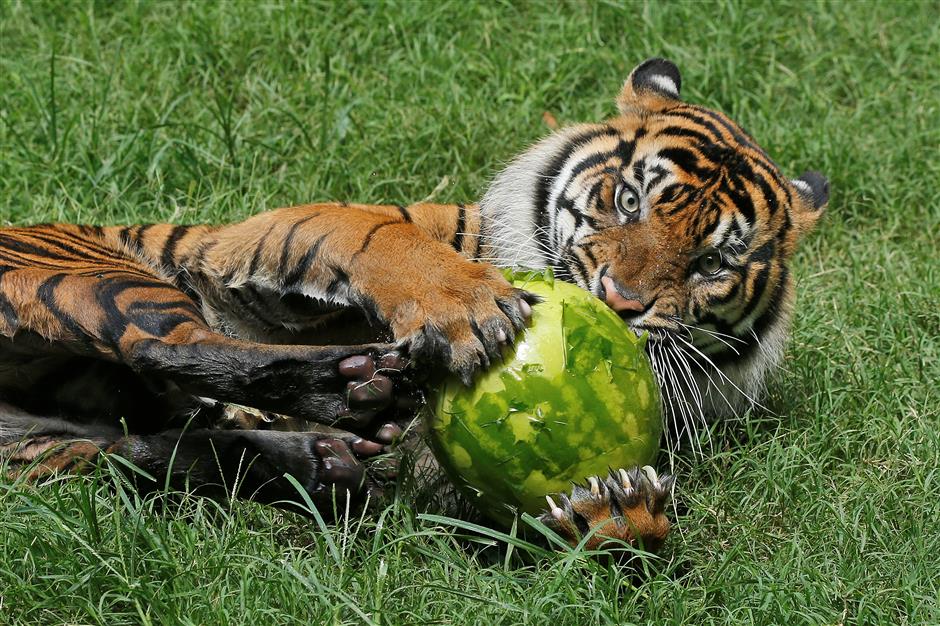 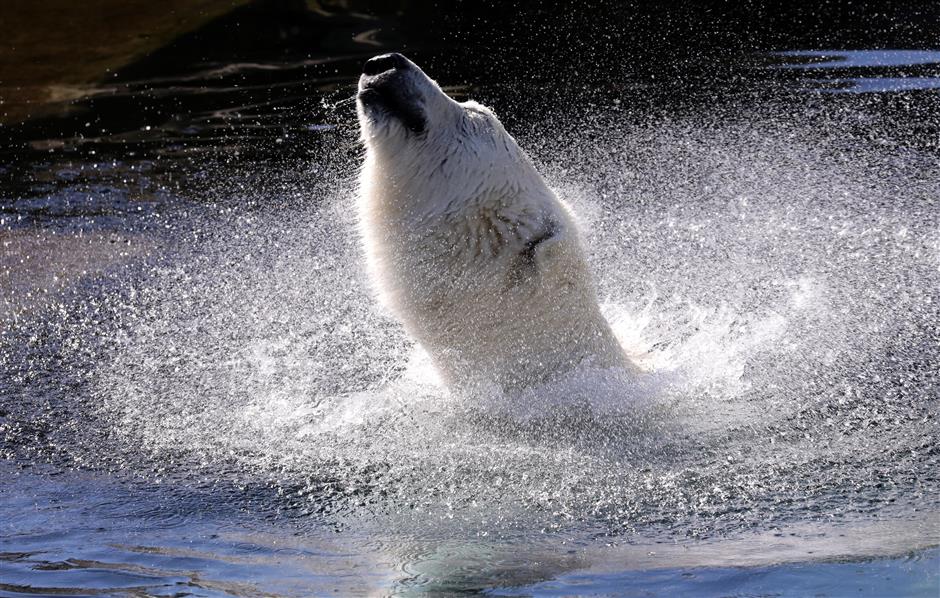 Polar bear Noria seeks cooling in the water basin at a zoo in Rostock, Germany, on August 7.

In the hot weather, animals have to cool down