Johor Foodpanda Rider Takes Love for Panda to Next Level

Johor Foodpanda Rider Takes Love for Panda to Next Level, Adorns Himself With Plush Toys of Endangered Species. 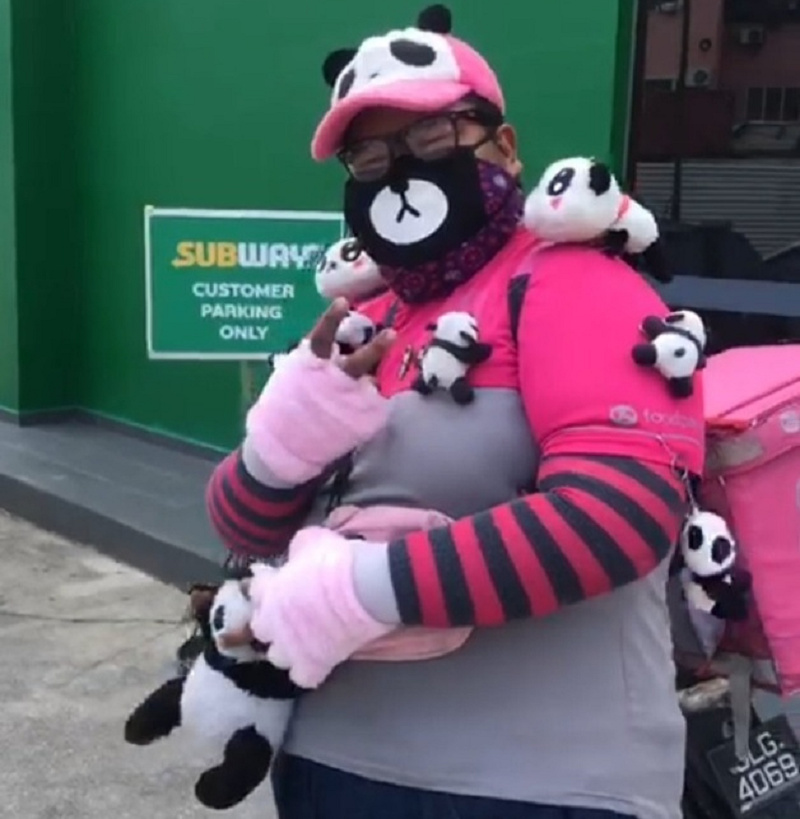 Akhmal Abdul Rashid has been a fan of the cuddly panda since he was young.

The 29-year-old, who now works as a Foodpanda food delivery rider, displays his affection for the endangered species by decorating himself with all things panda.

“The most panda toys I have had at one time is 18 panda.

If I work up to 12 hours, the toys will be on me during the period unless I change out of my t-shirt for my shower or prayers,” said Akhmal who has been attached with the on-demand food delivery platform for eight months.

Based in Muar, Johor, he said he initially hung the toys on the food warmer bag placed behind his motorcycle.

“But it gets stolen so I decided to hang it on my t-shirt instead.”

“I also plan to sew mini panda toys on my pants and make a mini zoo on my duffel bag,” he said adding that he planned to grow and diversify his collection.

Akhmal said he previously bought a new pair of shoes and took the trouble to modify it to look like panda paws.

“But before I can wear them, the shoes were stolen as it was being dried out at my house,” said the panda lover who intends to get a replacement pair soon.

OMG! He so cute hahaha

Fun to work and make work in fun