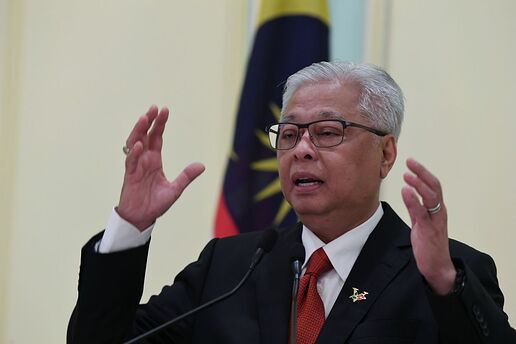 Senior Minister (Security Cluster) Datuk Seri Ismail Sabri Yaakob has appealed to members of the public not to turn matters related to Covid-19, such as quarantine regulations, into a comedic subject for entertainment purposes.

“I hope we can be more responsible. We shouldn’t take this (Covid-19) as a joke or laughing matter. It’s a major issue as it has to do with people’s lives. Don’t assume this is a matter that can be taken lightly or played for laughs because it has far-reaching consequences,” he said at a press conference yesterday (Sept 22).

Ismail Sabri’s statement came after a local social media influencer known as Chazynash posted a skit wearing a pink wristband and recorded himself dining at a public eatery. The skit has gone viral with over 500,000 views on Chazynash’s Instagram account.

This pink wristband is issued by the Ministry of Health for those who have to observe a mandatory two-week quarantine period.

In the video, Chazynash’s action seemed to have angered those around him. However, his pink wristband turned out to be a ‘stay home order’ by his wife who didn’t allow him to leave the house for two weeks.

According to a report by mStar, Chazynash – whose real name is Syed Fernarsh Syed Badlishah – has posted an apology on Sept 21 for those who were upset by his video.

He claimed the reaction by people in the video towards his pink wristband was “100% staged” as everybody around him were friends and they were all acting. The video is still up on his Instagram account.

Ismail Sabri said the influencer may have already made two mistakes from the video.

“If he was really under quarantine, then going out with the pink wristband would have warranted some action against him.”

“Then if he’s not under quarantine but wearing the wristband or anything issued by the Health Ministry as a prop for certain purposes and in this case, to fool the public, then he’s also wrong for doing so.”

He added that it’s up to the police to take action on the matter.

Is it good to make a prank on matter that everyone’s concern?