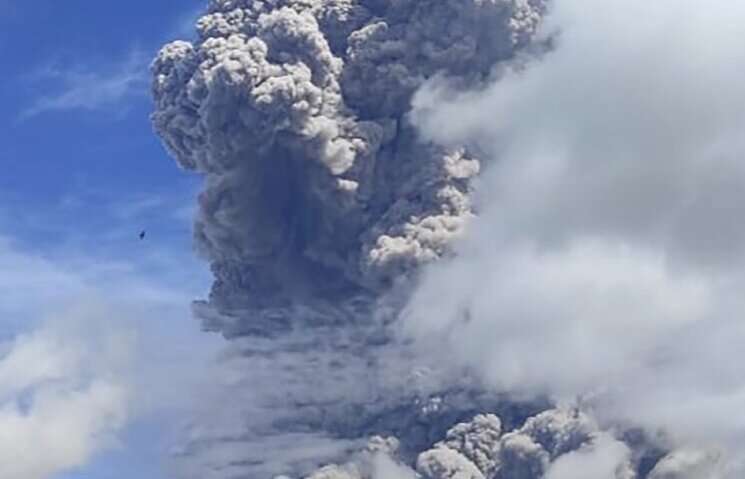 Indonesia’s Mount Sinabung erupted today, belching a massive column of ash and smoke 5,000 metres (16,400 feet) into the air and plunging local communities into darkness with a thick layer of debris.
The volcano on Sumatra island has been rumbling since 2010 and saw a deadly eruption in 2016.

Activity had picked up in recent days, including a pair of smaller eruptions at the weekend.

There were no reports of injuries or deaths from this morning’s blast, but authorities warned of possible lava flows and more eruptions.

This is an alert for all of us to avoid red-zone areas near Sinabung,” said Armen Putera, a local official with Indonesia’s Volcanology and Geological Hazard Mitigation Centre. 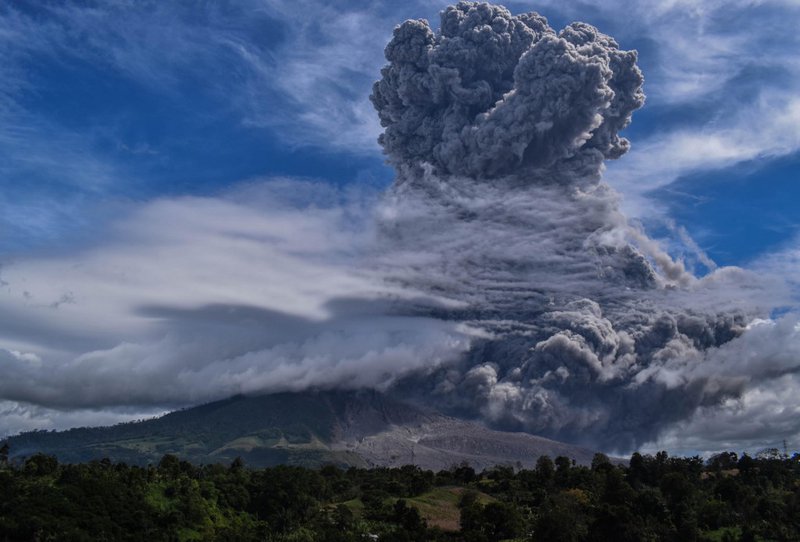 However, the crater’s alert status remained at its second-highest level.

No one lives inside a previously announced no-go zone around the volcano.

Small communities nearby were coated in a layer of thick ash as at least one village went from day to night in a matter of minutes.

It was like magic—when the ash came it went from being very bright to dark as night,” said Rencana Sitepu, the head of Namanteran village, adding that some of the community’s crops were destroyed by the fallout. The village went dark for about 20 minutes.

The coronavirus pandemic complicated matters as scared residents violated safety rules. Locals were gathering after the eruption without using face masks because they were all panicking, said local disaster agency chief Natanael Perangin-angin.

Sinabung had roared back to life in 2010 for the first time in 400 years. After another period of inactivity, it erupted once more in 2013, and has remained highly active since.

In 2016, seven people died in one of the eruptions, while another in 2014 killed 16. In late 2018, a volcano in the strait between Java and Sumatra islands erupted, causing an underwater landslide and tsunami which killed more than 400 people.

Indonesia is home to about 130 active volcanoes due to its position on the “Ring of Fire”, a belt of tectonic plate boundaries circling the Pacific Ocean where frequent seismic activity occurs.