If the 15th General Election were to take place this year, Selangor has not yet decided whether to follow the federal 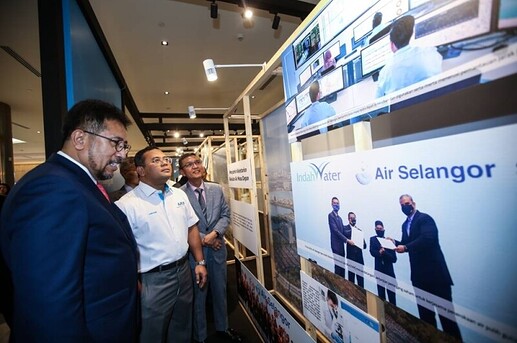 PETALING JAYA, Sept 13 — Selangor has yet to decide whether it will follow the federal government and dissolve the state assembly should the 15th general election (GE15) be held this year.

Selangor Mentri Besar Datuk Seri Amirudin Shari said that he has yet to discuss the matter with the Selangor Sultan and Pakatan Harapan’s top leadership.

“It has not come to me in my dreams yet. I still need inspiration from my dreams. We will discuss it at every level.

“Of course, I need to seek guidance from His Royal Highness and the top leadership (of PH),” he told reporters after launching Air Selangor’s Coffee Table Book at the 1Utama Shopping Centre here today.

Amirudin, who is also PKR vice-president and Selangor PKR chief, said he is confident that PH will be able to retain the state assembly.

He added that it is his mission to defend the state, which has had a PKR mentri besar since 2008, as well as PH’s two-thirds majority in the state assembly.

“Of course, the simplest thing is we must win. But we want to defend the state as best we can.

“To secure two-thirds, or at the best, getting a sustainable majority for the government that we will form in future,” he said.