How many days of work would we need to be able to afford a new iPhone 13 Pro? 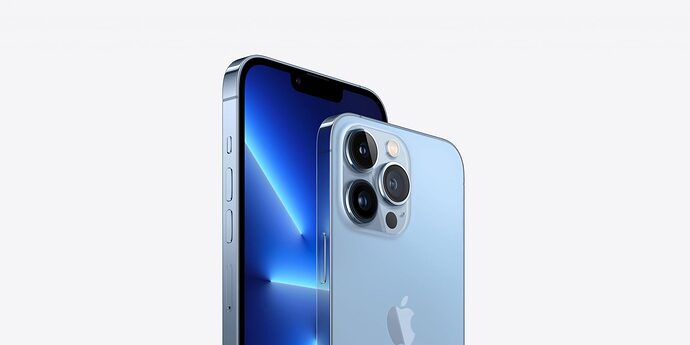 Whenever Apple announces a new iPhone line, we are reminded of how much money it costs to own one. There have even been reports of people willing to sell their kidneys to buy their chosen device. It’s excessive, but the value of a smartphone varies according to difference countries. Website Picodi pointed it out with a helpful graph they created, which states how many working days it takes for an average individual in different countries to afford the iPhone 13 Pro. 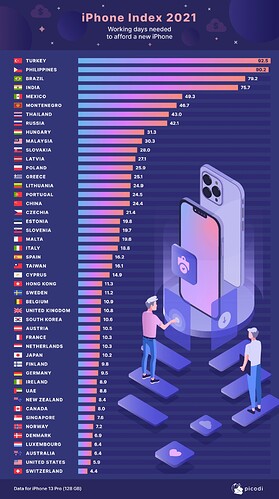 “According to the latest Numbeo data, the average wage in Malaysia is RM3,399.17. This means that a statistical Malaysian would have to work for 30.3 days (excluding weekends and off days) to afford the iPhone 13 Pro,” wrote Picodi.

In Malaysia, the official price of the iPhone 13 Pro (128 GB) will amount to RM4,899. The average wage in Malaysia being RM3,399.17 a month would mean that these workers would fit under the B40 category. Those under the B40 income bracket have a household income of below RM4,850 per month, and they also are classified as the “bottom income group”.

According to PropertyGuru, the middle income group—M40—has a household income between RM4,851 per to RM10,970 per month. For an average M40 household income earner, who earns an average of RM7,910.50, they would need to work for 13 days in order to afford the iPhone 13 Pro.

While the Numbeo data gave Picodi a different number, the average salary I got from Numbeo is RM3,418.03—a slightly higher rate. Whereas according to the Department of Statistics Malaysia (DoSM), the median monthly household income in 2020 was RM2,062—which is the latest official information. Based on this, the average household income earner in Malaysia would need to work a total of 49.9 days to afford the iPhone 13 Pro. That’s a lot more than what Picodi stated.

The 128GB iPhone 13 Pro is the entry-level option of the new Pro lineup. The most expensive iPhone option at the moment is the iPhone 13 Pro Max 1TB which costs RM7,599. With the same median monthly income, it will take 46.9 days of work.

If you’re looking for an affordable option, there’s the iPhone 13 mini which starts from RM3,399 for the 64GB model. For a median monthly income of RM2,062, you’ll have to work 34.6 days to afford it.