How do bots answers the question ‘Do black lives matter?’ Here's How! 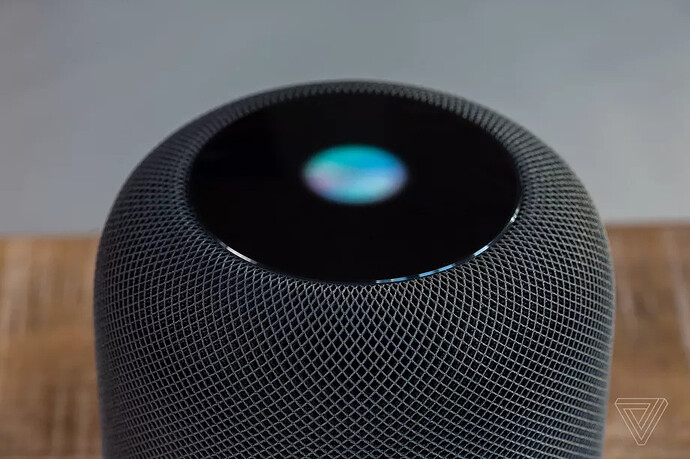 image920×613 171 KB
Digital assistants from Amazon, Apple, and Google state their support for the Black Lives Matter movement when prompted (via Business Insider ).

As people have protested in all 50 states and across the world over the death of George Floyd and against racism and police brutality, tech companies have responded by putting out statements of solidarity against racial injustice. Though not all tech companies or their executives have outright said the words “black lives matter” in their public statements, Amazon, Apple, and Google have programmed their voice assistants state the phrase.

The voice assistants also have responses to the question “do all lives matter?”, referencing a right-wing refrain commonly used to criticize the Black Lives Matter movement. Apple and Google’s assistants more emphatically refute the question than Amazon’s Alexa, which is surprising given Amazon CEO Jeff Bezos last week publicly corrected a customer who angrily used the phrase in an email.

Here are the current responses to both questions from the voice assistants, with screenshots.

Black lives matter. I think people deserve to be treated with fairness, dignity, and respect.

“Do all lives matter?”

I think everyone deserves to be treated with fairness, dignity, and respect. 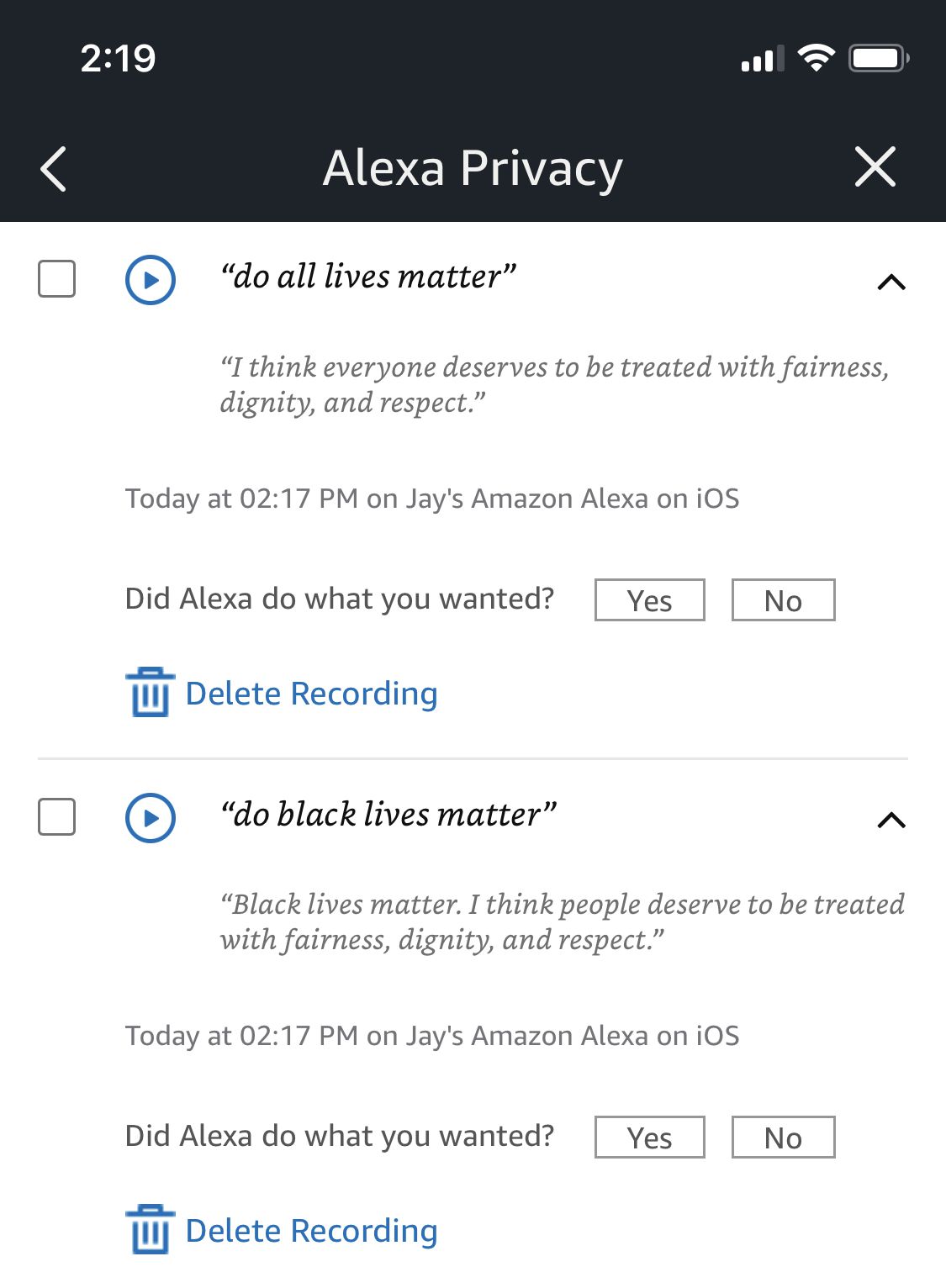 On iOS and macOS, Siri then shows a button linking to blacklivesmatter.com.

“Do all lives matter?”

‘All Lives Matter’ is often used in response to the phrase ‘Black Lives Matter,’ but it does not represent the same concerns.

On iOS and macOS, Siri then shows a button linking to blacklivesmatter.com.

Black lives matter. Black people deserve the same freedoms afforded to everyone in this country, and recognizing the injustice they face is the first step towards fixing it.

“Do all lives matter?

Saying “Black lives matter” doesn’t mean that all lives don’t. It means Black lives are at risk in ways others are not. 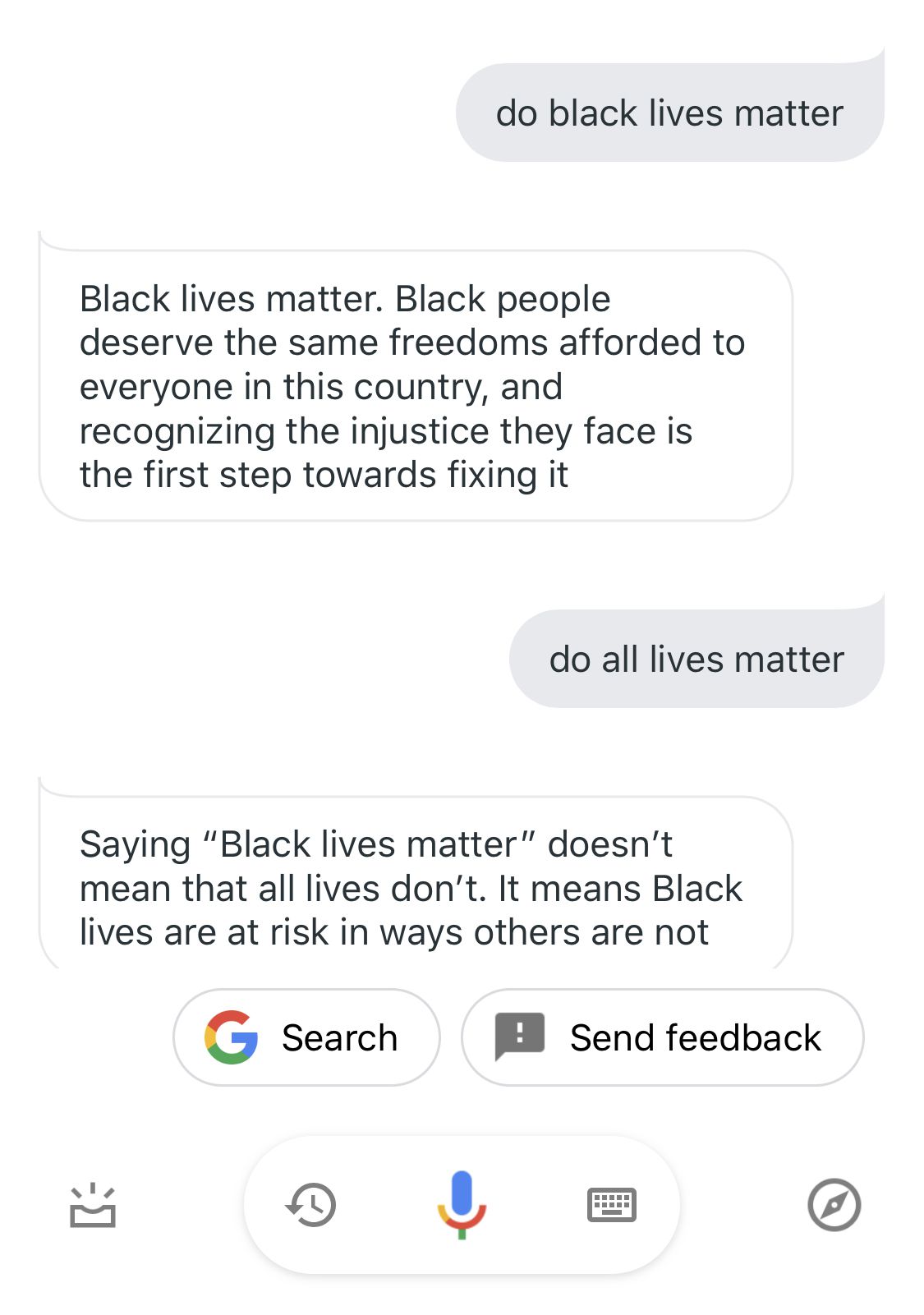 #blacklivesmatter even bots come to support !