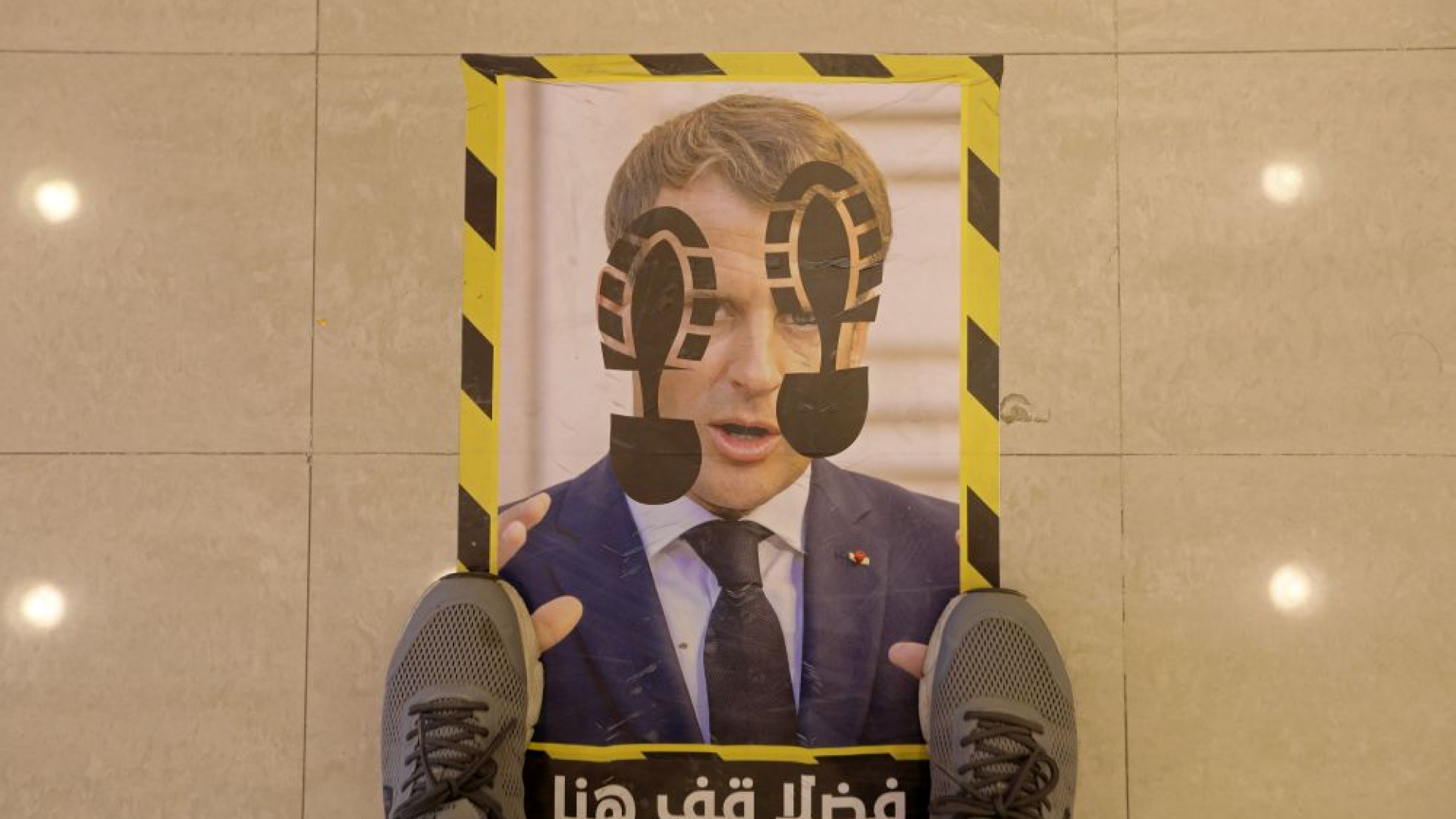 A man stands at a social distancing floor sticker printed with the photo of French President Emmanuel Macron in a store in Tripoli, Libya October 27, 2020. — Reuters pic

KUALA LUMPUR, Oct 28 — Malaysia last night expressed grave concern over what it referred to as growing open hostilities towards Muslims and strongly condemned inflammatory rhetoric and provocative acts that seek to defame Islam.

Minister of Foreign Affairs Datuk Seri Hishammuddin Tun Hussein cited some of these acts as what the world has recently witnessed in the form of populist speeches and publication of blasphemous caricatures depicting Prophet Muhammad.

“Malaysia is committed to upholding the freedom of speech and expression as fundamental human rights for as long as these rights are exercised with respect and responsibility in order to not infringe on or violate the rights of others.

“In this context, to denigrate and tarnish Islam’s Holy Prophet and to associate Islam with terrorism are certainly beyond the scope of such rights. Such an act is provocative and disrespectful towards Islam and more than two billion Muslims all over the world,” he said in a statement.

Hishammuddin’s statement comes amid a backlash across the Islamic world over French President Emmanuel Macron’s public remarks defending the right to publish caricatures of Prophet Muhammad, which are considered blasphemous in Islam.

Macron made the remarks at a memorial event for high school teacher Samuel Paty, who was murdered after he allegedly showed his students some caricatures of Prophet Muhammad, published by the satirical magazine Charlie Hebdo in 2015, during a class on freedom of expression.

Hishammuddin said Malaysia, as a democratic and moderate Islamic country with a multi-ethnic and multi-religious society, continues to promote and maintain harmonious relations and peaceful co-existence, “not only among our people of different faiths and convictions but also in the context of the diverse global community”.

“Malaysia will continue to work with the international community to promote mutual respect among religions and prevent religious extremism at all levels,” he said.

In a related development, the Muslim Youth Movement of Malaysia (ABIM) called on Muslims in Malaysia and around the world to boycott French products.

ABIM president Muhammad Faisal Abdul Aziz said it was regrettable that Macron “has made allegations with elements of Islamophobia by hiding behind freedom of expression”.

“As an organisation promoting religious harmony, ABIM condemns the brutal murder of Samuel Paty and at the same time strongly criticises the statement of the French president.

“In fact, ABIM believes that religious sensitivities should be respected, whereby religious diversity should lead to harmony and unity, and not create conflict among humans,” he said in a statement. — Bernama