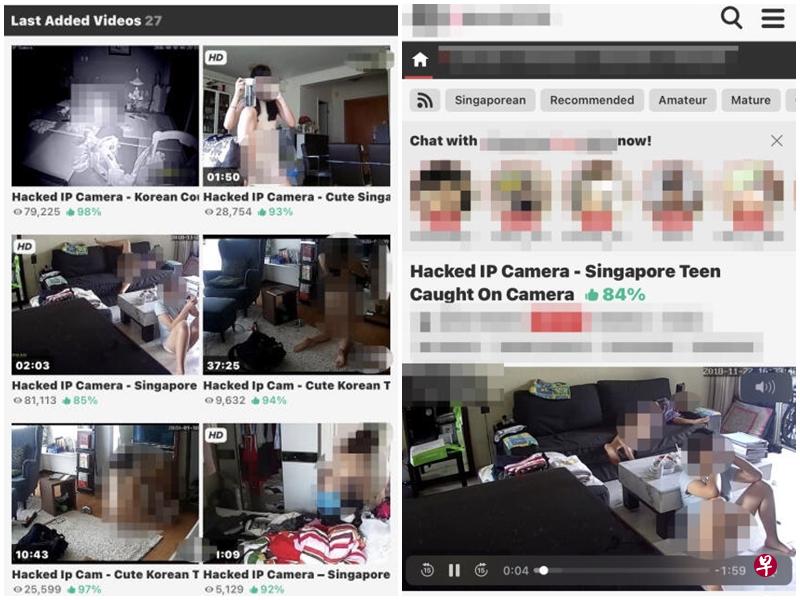 Changing clothes, breastfeeding, having sex, walking out of the room naked from the bathroom, when the house is equipped with electric eyes, this scene may be hacked into the electric eyes as a “live show” for others to watch! Some hackers claimed on the chat platform that they could invade the network cameras of local homes, and provided more than 4,000 screenshots and videos for people to “try to watch”, and then persuaded them to pay to join the group for profit, which was extremely rampant.
In recent years, many people have installed IP cameras in their homes. Some have to monitor the situation of children at home, while others prevent elderly family members from falling unbeknownst to others, or to monitor the work of maids.

Unexpectedly, this device that uses remote monitoring to ensure home security will now be at risk of being hacked.

“Lianhe Evening News” recently discovered that hackers uploaded images captured by hackers in the middle of last month to pornographic websites. These videos include images of young women changing clothes in their homes or couples having sex.

Videos are updated weekly, pay to join the group

The hacker also blatantly attached a link, indicating that interested parties can click on the link to learn more. After the link, they will be redirected to a less popular chat platform. The hacker uploads information on the platform and says that only Bitcoin or ethereum is needed. You can join the group by paying USD 150 (about SGD 203).

According to the information, after joining the group, in addition to watching new videos every week, you can also watch webcam images in a “live broadcast” mode. What’s even more exaggerated is that after joining a group, you can also learn how to hack into a network camera and record the desired picture by yourself.

In addition, the hacker also attached “sample videos” for download. The content included more than 4,000 intercepted electric eye videos or video screenshots from South Korea, Thailand, Europe and the United States, among which 100 videos appeared to be taken in local homes.

According to the local video, it can be seen that most of the videos have been hacked since 2018. One of the videos can clearly see a woman next to this year’s 10-year-series examination question bank of O-level biology.

One year ago, in order to take care of his children at home, Guo Weixiang (38 years old, a house agent), who bought a network camera, said in an interview that he should work hard before buying a camera.

“I have read similar news on the Internet, so I shop around before buying. Important cameras must have enough security firewalls to avoid similar incidents.”