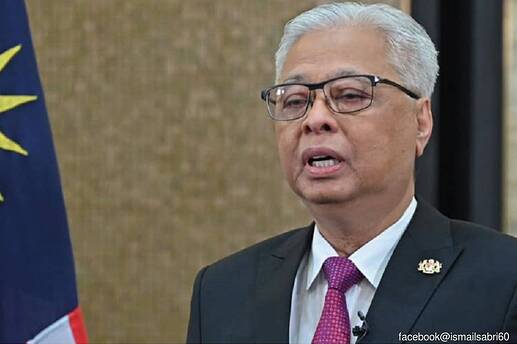 TEMERLOH (Jan 1): The government is focusing on seeking comprehensive long-term solutions to the flood problem, to reduce risks and the number of affected locations in future disasters, said Datuk Seri Ismail Sabri Yaakob.

The prime minister said this will be the main agenda of the National Disaster Management Committee once the post-flood operations are completed, and it will involve state governments, government ministries and agencies, as well as experts in related fields.

"We will seek out and discuss whatever modules that are suitable to resolve this problem, and if it cannot be implemented simultaneously throughout the country, focus will be given to districts or areas at high risk of flooding.

"A long-term plan involves huge costs but it helps to reduce the costs incurred by the government each time it floods. So far, we have spent RM1.4 billion on aid alone and this amount is expected to increase because we have not yet received the full report on damage,” he said.

Ismail Sabri said this at a media conference after presenting aid under the Keluarga Malaysia Flood Relief Mission, comprising compassionate aid of RM1,000 from the federal government and RM500 from the Pahang government, and necessities to 600 heads of households affected by floods at Dewan MPT Dataran Datuk Bahaman in Lanchang here on Saturday.

Ismail Sabri said this plan for long-term solutions was discussed during the time of the Barisan Nasional government but it was not continued.

Among measures that can be taken to reduce the problem of floods are implementing more flood mitigation projects, deepening rivers and other waterways like in Kedah and building tunnels like Kuala Lumpur’s SMART Tunnel for flood management in high-risk urban areas such as Shah Alam in Selangor.

"For low-lying areas that are prone to flooding, we can revisit the flood resettlement programme implemented in the 1970s. This calls for discussions with state governments to identify suitable high grounds and the federal government can help in terms of allocations,” he said.

Ismail Sabri said modules adopted by other countries could also be considered if suitable for implementation in Malaysia, including the “sponge city” concept used in China to help slow the flow of floodwaters or the river dikes of the Netherlands.

The prime minister also expressed his gratitude to all parties, including government-linked companies, non-governmental organisations, volunteers and individuals who had not only extended aid to flood victims but also participated in post-flood operations.

On demands by certain quarters for the government to allow a RM10,000 one-off withdrawal under the Employees Provident Fund’s i-Citra scheme although flood aid given had exceeded RM10,000, Ismail Sabri said he only wanted to protect the people’s interests.

"… those who are not satisfied, who criticise will continue to behave this way on social media. Everyone has his own duty. I hope we will not be affected by the attacks because we are doing our duty. This will not deter me from continuing to do my work,” he said.

Did you have any idea how to tackle flood problem? Feel free to share here