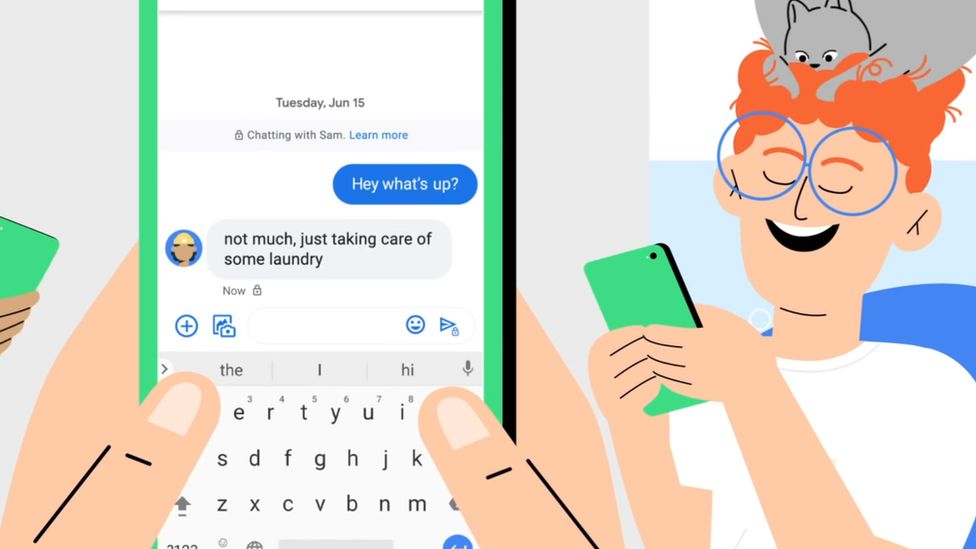 A messaging app is shown with illustrated Google character976×549

A standard of Apple’s iMessage system for years, the feature has until now been absent from the default app from Google.

Google’s version depends on something called Rich Communication Services, which the company introduced in 2019.

But like iMessage, it will be active only if both users have it turned on and have wi-fi or data.

Users will be able to tell because the “send” icon will have a small padlock on it.

Otherwise, as with iMessages, the advanced chat features on Google’s app will fall back on to regular short message service (SMS) messaging.

But not every Android phone uses Google’s messages app by default.

And some other apps - such as Samsung’s default app, also named Messages - offer some RCS functions but not end-to-end encryption.

End-to-end encryption was announced alongside a range of other new Android features, including:

Google also announced its earthquake-alerts system, released to New Zealand and Greece earlier this year, was being extended to Turkey, the Philippines, Kazakhstan, Kyrgyz Republic, Tajikistan, Turkmenistan and Uzbekistan, with more countries to follow.

In some places in the United States, those alerts come from early warning systems run by authorities.

But the system can also use phones’ sensors to detect earthquakes itself.