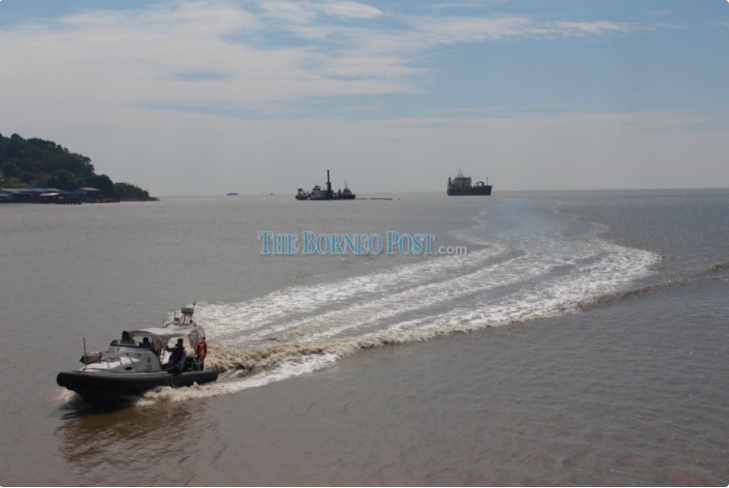 The four fishermen, who were reported missing last night after their boat capsized at Tanjung Po, have been found on nipah trees that were washed out to sea by a fishing boat this evening.

The men, who were reported missing at about 9.15pm yesterday, were brought safely back to dry land at the Malaysian Maritime Enforcement Agency’s (MMEA) base in Muara Tebas at about 6.40pm.

They were identified as skipper Bong Fah Yew, 48, and his crew members, Adenan Senawi, 44, Harly Abdullah, 42, and Ani, whose full name and age was not immediately available.

MMEA said in a press statement that they were informed by one of the survivors siblings at about 5.15pm that the men had been found and it despatched their vessel, KM Mengalum, to the location to rescue them.

The fishermen had left for sea at around 3pm on Wednesday before their vessel capsized during a storm.

Earlier today, Richard Chee, 38, a former Navy personnel who was a member of the crew, was rescued at around 9am near Pulau Burung by a local fisherman after he was found floating inside a fish cooler box.

Chee was later sent to the Sarawak General Hospital (SGH) for medical treatment.

Hardiyanto, when met after the rescue, said the five of them were not separated from each other and were in
fact holding on one another for about 18 hours before they found the Nipah trees.

“I told the rest not to be separated from each other, before we asked Chee to get help,” he said.

Chee had suffered difficulty in breathing when he was found and his left hand was stung by jellyfish.

All of the victims had worn life jackets when the incident happened.

MMEA had launched a search and rescue operation for them after they received a report from a family member. Also involved in the operation were the marine police, Fire and Rescue Department, the Civil Defence Force and the police air wing. — Borneo Post