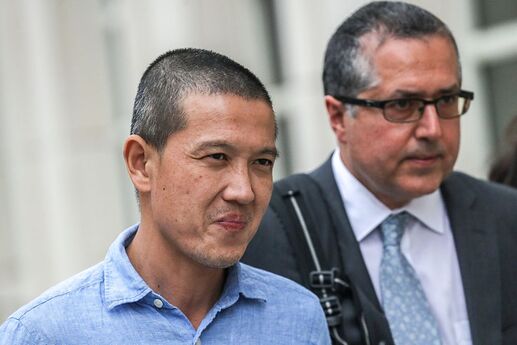 KUALA LUMPUR, March 16 — Former Goldman Sachs officer, Roger Ng Chong Hwa who was extradited to New York will be returning to Malaysia after June 1 to face charges of abetting with company on the sale of securities notes and bonds valued at US$6.5 billion (RM26.7 billion) belonging to a subsidiary of 1Malaysia Development Berhad (1MDB).

"The accused is still in New York and the US Justice Department said that Ng would be returning to Malaysia after June 1.

“The prosecution will consider making amendments to the charges faced by the accused,” said Norinna who also sought a date for remention of the case.

Ng, 48, was in New York after being extradited to face charges of the US Justice Department over the 1MDB scandal. Ng was extradited to US in May 2019.

Counsel Datuk Tan Hock Chuan who is representing Ng told the court that the trial date of his client in US has yet to be fixed.

“I was informed that the hearing will start at the earliest at the end of June or July. This is because courts in US were closed since Oct 1 last year, and have only resumed recently. I believe old cases will be coming up first,” he said.

The court set June 15 for remention of the case.

On Dec 19 2018, Ng pleaded not guilty to four charges of abetting with Goldman Sachs over the sale of 1MDB bonds valued at US$6.5 billion by dropping material facts and making false statements.

On Sept 4 last year, the charges against Goldman Sach International Ltd and its two entities in Asia, namely Goldman Sachs (Asia) LLC and Goldman Sachs (Singapore) were dropped after High Court Judge Mohamed Zaini Mazlan allowed the prosecution’s application to withdraw the charges over the sale of 1MDB bonds valued at US$$6.5 billion. — Bernama

We will see how much charge he will receive this time