Fomca: Targeted petrol subsidies will cause dissatisfaction among B40 and M40 groups 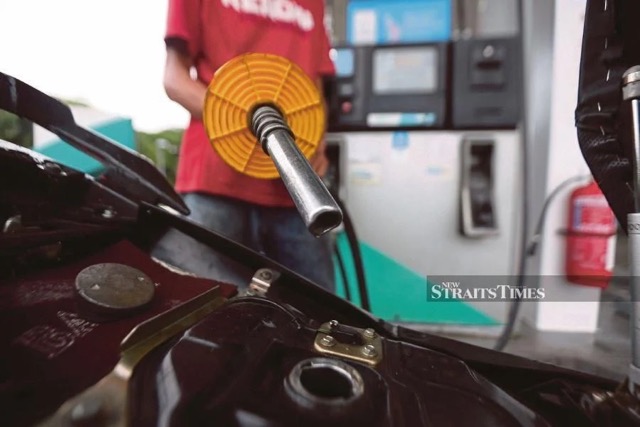 KUALA LUMPUR: Removing fuel subsidies for Malaysians and permanent residents with locally registered cars amid the soaring prices of goods and rising cost of living may backfire and cause higher inflation.

Federation of Malaysian Consumers Associations (Fomca) chief executive officer T. Saravanan said this was because suppliers and traders were extremely sensitive to fuel prices and would raise the price of goods whether or not they were affected by the subsidy removal.

"Even if they also enjoyed the subsidy, their excuse would be that everything else has gone up, and they too have to hike their prices.

“In times of such severe inflation, this is likely to backfire,” he said, adding that middle-income families were experiencing hardship previously restricted to low-income households.

He was responding to a statement by Senior International Trade and Industry Minister Datuk Seri Azmin Ali, who said the government was looking to adopt a more targeted fuel subsidy mechanism.

Azmin had said government representatives had agreed that the assistance should be targeted at the deserving.

The bill for the assistance was projected to be RM28 billion for this year compared with RM11 billion recorded last year.

Saravanan, however, said consumers were struggling with the high cost of living, declining purchasing power, an uncertain economy, currency fluctuations and rising inflation.

“Putrajaya should be prepared to face the ire from the B40 and M40 groups if it plans to implement it now.”

He, however, said such a mechanism could be a good thing, provided there was transparency and no room for abuse.

“Many countries have implemented a targeted subsidy system, and it is about time Malaysia does the same, but the implementation requires transparency on the part of consumers and suppliers.”

He said there must be a system to identify the income bracket of consumers who deserved this assistance.

"Next, the system has to be carefully implemented so that only those from the low-income groups receive it.

"The other thing that will be a big issue is the paperwork and bureaucracy when it comes to claiming the subsidy.

"I hope the government will reduce the red tape and don’t give people the runaround.

“The simplest and easiest way to access the assistance should be implemented.”

He said supplementary measures should be carried out to ensure that the purchasing power of the middle-income group who lost out on the perks was increased.

“The government should prioritise the needs of the people, for example, focusing on projects that reduce the cost of living, so that it will impact all who need government aid.”

Even petrol subsidy limited to locals also hard to implement so I think if no proper control and cooperation a bit hard.