Floods: Same number of fatalities in Johor and Melaka, but less in Selangor 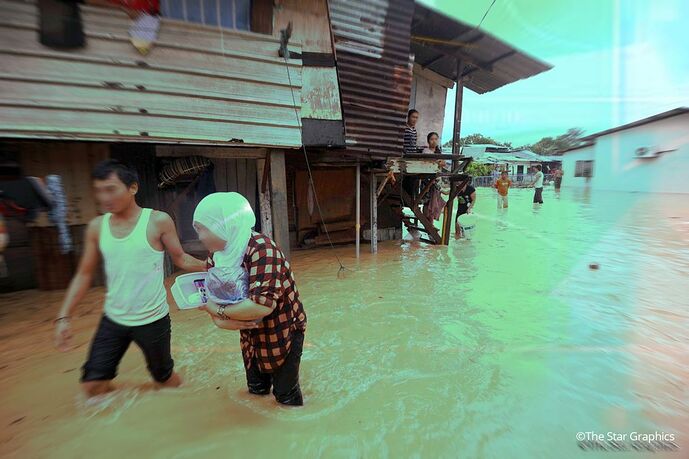 KUALA LUMPUR: The number of flood victims in Johor and Melaka has remained the same, a decrease was recorded in Selangor but in Perak the number rose on Tuesday (Nov 22) morning.

In JOHOR, the number of victims at three relief centres in two districts namely Tangkak and Segamat remains at 62 people from 18 families, according to the District Disaster Management Committee (JPBD).

In MELAKA, the State Disaster Management Committee Secretariat informed that 11 people from four families from Kampung Pulau and Kampung Belimbing in the Alor Gajah district are still at the Durian Tunggal State Constituency Office Hall.

In SELANGOR, the State Disaster Management Committee Secretariat reported that the number of flood victims dropped to 391 people from 400 last night, and all victims are at nine relief centres, four of which are in Kuala Selangor and five in Kuala Langat.

In PERAK, the number of victims rose to 780 people from 222 families who are at nine relief centres.

In addition, several roads in the Kerian and Perak Tengah are now opened to light vehicles. - Bernama