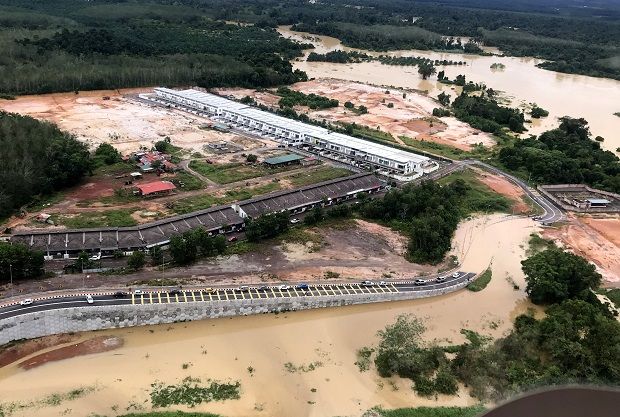 JOHOR BARU: The number of flood victims in the seven districts in Johor affected by flood seeking shelter at the temporary relief centres (PPS) is increasing.

“Another PPS opened today, bringing the total number of centres to 79 from 78 earlier,’’ he said in a statement.

Vidyananthan said the majority of the flood evacuees are in Segamat with 4,103 people from 1,114 families at 53 PPS in the district.

“The Sekolan Agama Bukit Banjar in Tangkak opened on Monday (Jan 3) at 12.30pm for flood victims from Kampung Seri Jaya and was closed on Tuesday at 10am,’’ he said.

“Four rivers in Segamat and one in Tangkak are still at dangerous levels,” he said.

Sungai Kesang in Kampung Seri Maamor, Tangkak is at 4.26m.

“Jalan Tanah Abang, also in Segamat, at the first corner of the stretch is only accessible to heavy vehicles while only light vehicles are allowed to pass through Jalan Lingkaran Kahang Barat in Kluang as there is a landslide in the area,’’ he said.