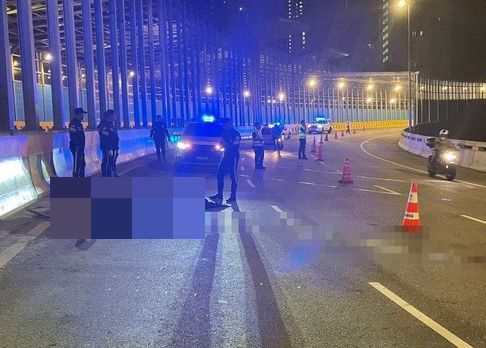 KUALA LUMPUR: The first fatality has been recorded on the Damansara-Shah Alam Elevated Expressway (DASH), which opened on Friday (Oct 14), involving a food delivery rider whose motorcycle skidded and hit a road divider on early Thursday (Oct 20).

Petaling Jaya district police chief ACP Fhakhrudin Abdul Hamid said police received a report on the incident that happened at KM15.7 from Penchala to Denai Alam at 12.05am on Thursday.

He said the 24-year-old man was pronounced dead at the scene and his body was taken to the Universiti Malaya Medical Centre for a post-mortem.

“Further investigations are ongoing and the case is being investigated under Section 41 of the Road Transport Act 1987,” he said in a statement on Thursday.

He urged the public with information on the incident to contact Traffic Investigation Officer Insp Muhammad Hisyam Azih at 017-737 8704 to assist with the investigation.