Fate of the union to be decided 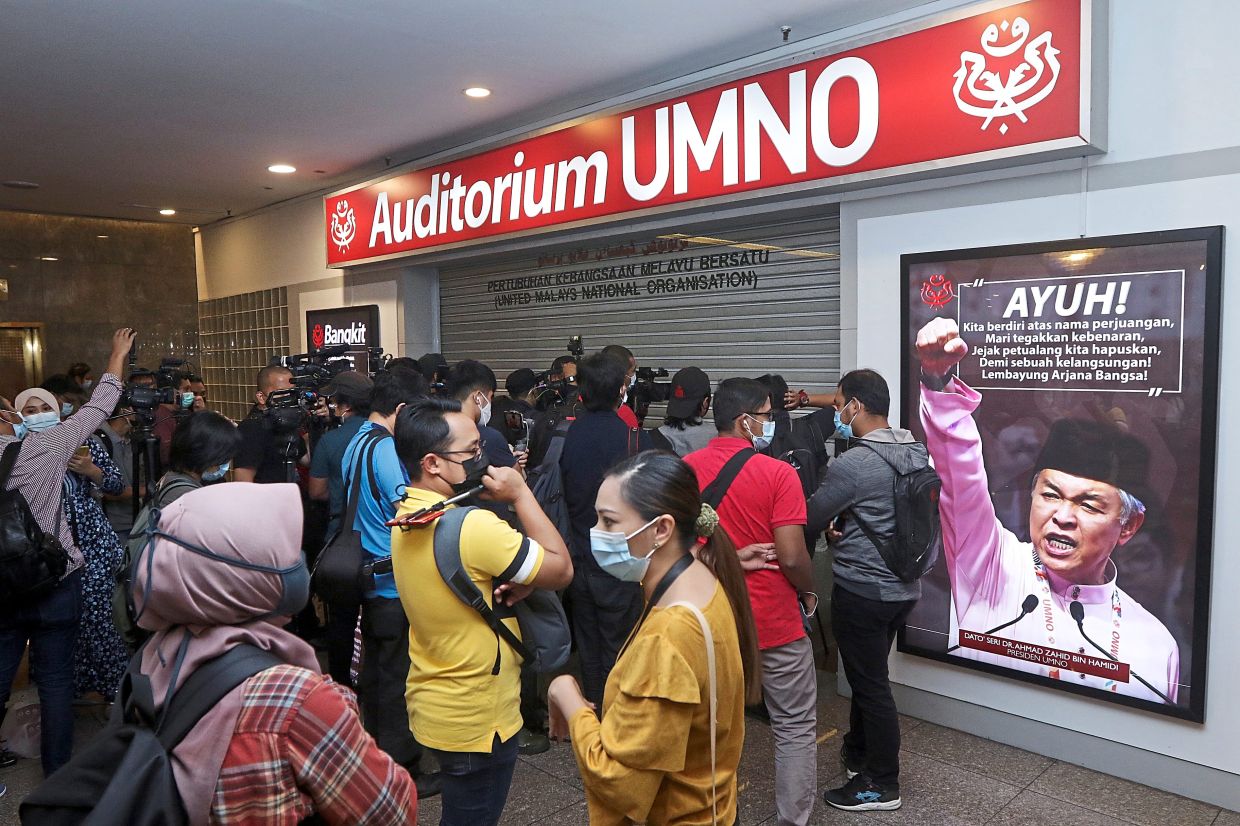 KUALA LUMPUR: Several motions, including to sever ties with Parti Pribumi Bersatu Malaysia in the 15th general election, will be decided at the upcoming Umno general assembly.

In a statement released late last night after its supreme council meeting, party information chief Shahril Hamdan said the council had refined all motions raised by its 189 divisions.

Among the motions brought up were strengthening Umno’s relations with PAS via Muafakat Nasional, taking into consideration the cooperation the two parties had formed in their 22 months as Opposition parties.

It also took note of the calls to hold the 15th General Election in the first quarter of 2021, subject to the Covid-19 situation.

Shahril added that the meeting also agreed to bring all the motions to the Umno general assembly on Jan 31 for them to be debated and decided at the party’s highest decision-making body in line with its constitution.

“The motions touched on policy matters and basic approaches that would have a huge impact to the future of the party and the country, ” he said.

“The presidents of Barisan component parties have verbally agreed on the matter and this will be approved by the Barisan supreme council soon, ” said Shahril,

in reference to Tan Sri Annuar Musa who was removed as Barisan secretary-general on Tuesday.

Umno also agreed to increase the party machinery at the state level to help flood victims in several states.

Source from: The Star