FamilyMart Malaysia announced that they are piloting the FamilyMart Mini—their first ‘Smart Kiosk’ in Shell Karak Highway 2. The ‘Kiosk’ consists of a set of vending machines with food and beverages you can find in regular FamilyMart branches, and they’re stocked up fresh daily. 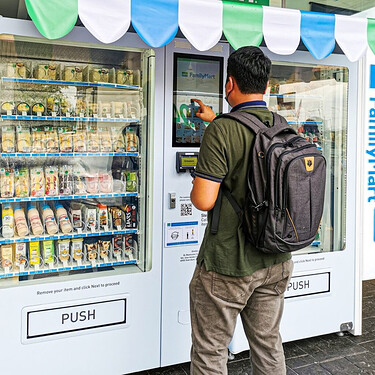 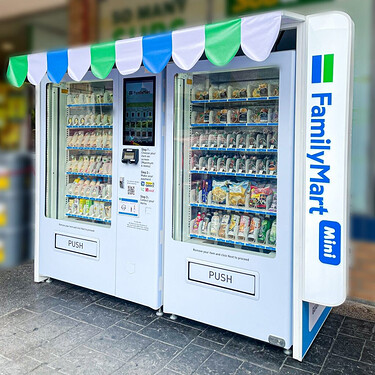 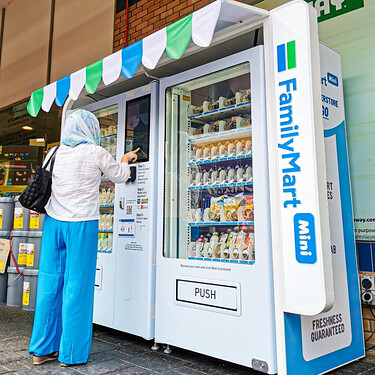 “Bringing you a new form of convenience closer to you, shop the top favourite FamilyMart foods and beverages at any time on the go,” wrote FamilyMart on Facebook. 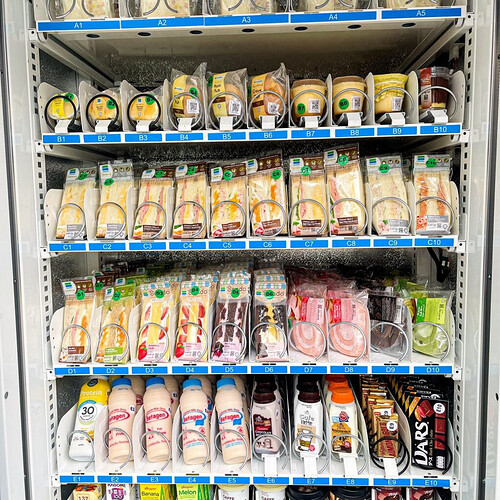 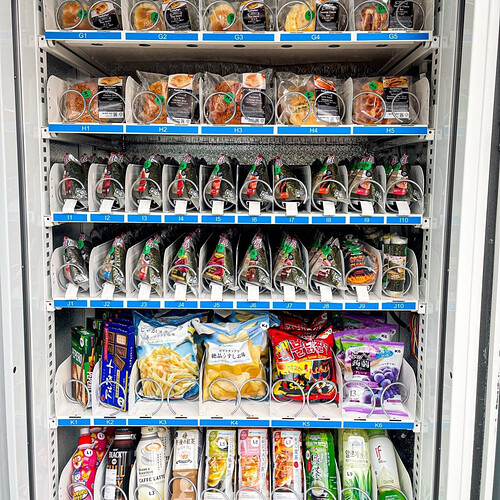 According to what’s in the photos posted by the convenience store, the vending machines include items like sandwiches, dessert, onigiri, light snacks and an assorted variety of beverages. Most of the items are FamilyMart originals, but there are a few snacks and drinks of other brands—but everything can be found in your own local FamilyMart.

To select the item, the Kiosk has a large touch screen where you can tap on the things you want to buy. Unlike old school vending machines where you need to press on a numbered keypad, the Kiosk’s system is more like a McDonalds touch screen menu—which means that you’re able to select more than one item at a time. In fact, you’re able to select a maximum of 6 items in one order. 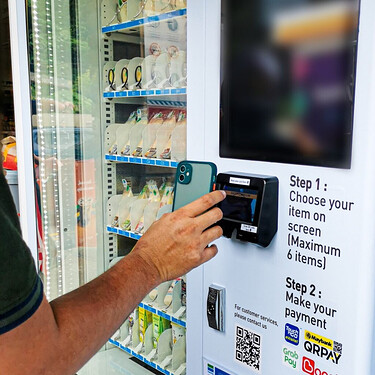 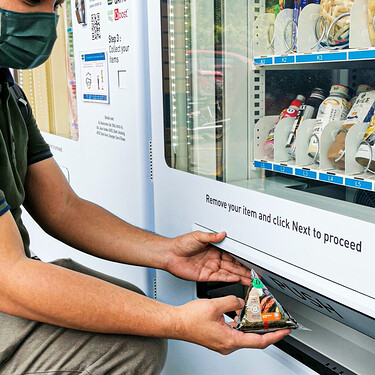 And instead of accepting cash, FamilyMart’s Kiosk accepts eWallets—Touch ‘n Go eWallet, Maybank QR Pay, GrabPay and Boost. The machine is able to scan the barcode on your app. FamilyMart also said that you can pay for items with a credit or debit card.

Currently, you can only find the FamilyMart Mini at Shell Karak Highway 2. However, they teased that “more locations” are underway.

Vending machines are [pretty popular in Japan](Vending machines in Japan, where FamilyMart originated. According to Japan Guide, there is one vending machine per an estimated 40 people. Hopefully, we’d see more of these around Malaysia—as contact-free purchases can help lessen the spread of COVID-19. And as a reminder, don’t forget to sanitise your hands after use the machine.