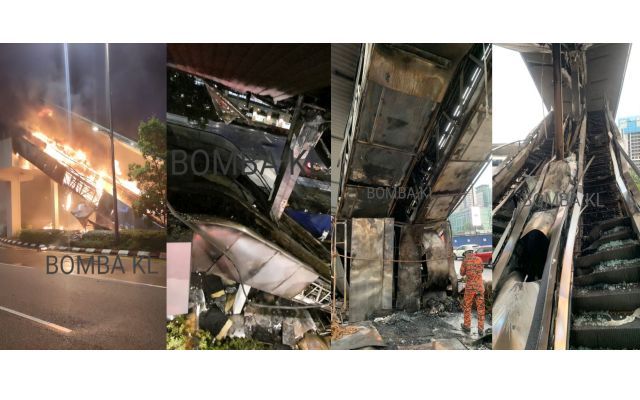 In a statement today, the City Fire and Rescue Department said that the incident occurred at around 5.16am.

“The fire spread from the escalator to the ceiling. No victims were involved and the cause is still being investigated,” it said.

When contacted, Dang Wangi OCPD Asst Comm Noor Dellhan Yahaya said that the police were notified after smoke was seen from the station.

“It is possible that the fire started after a short circuit at one of the control panels. The station’s management have closed down the escalator for the safety of the public,” he said.