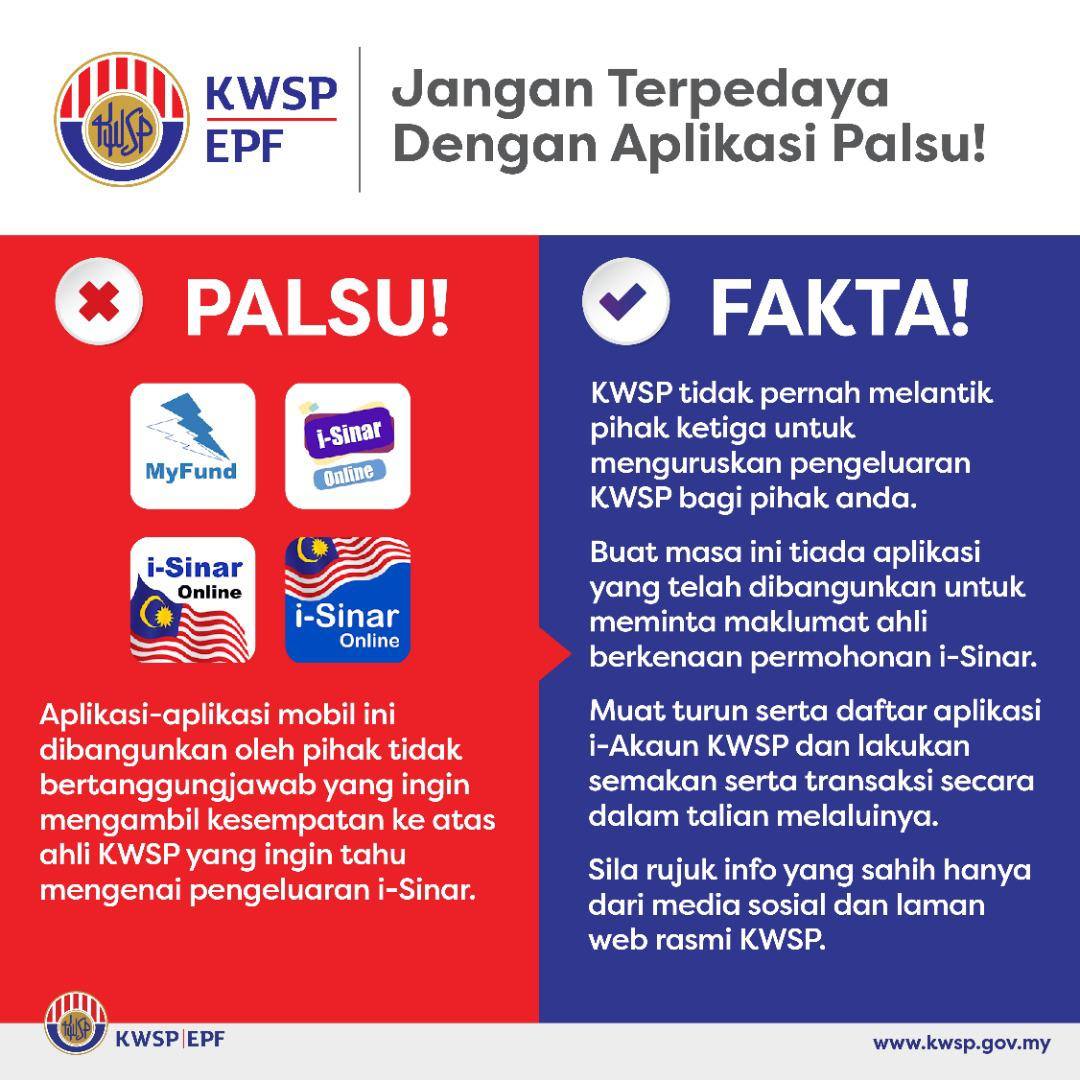 The Employees’ Provident Fund (EPF) warns on their Facebook page that there are several fake i-Sinar apps. These apps were made to prey on unsuspecting users that wish to get more information on the i-Sinar initiative.

“These mobile apps have been created by those who wish to take advantage of EPF members that want to know about i-Sinar advances,” wrote EPF representatives.

Under the i-Sinar initiative, members can apply to take out of up RM60,000 from Account 1 which is disbursed across a period of 6 months. This advance facility will benefit 2 million affected members with an estimated total value of RM14 billion.

Instead, eligible members that are interested in an EPF advance can start applying for it from December 2020. The funds will be credited to designated members’ bank accounts. More details about the application process will be revealed before the i-Sinar advance facility is open for application. Look out for them on their official channels (Website, Facebook)

Can you found any of the apps mentioned above?