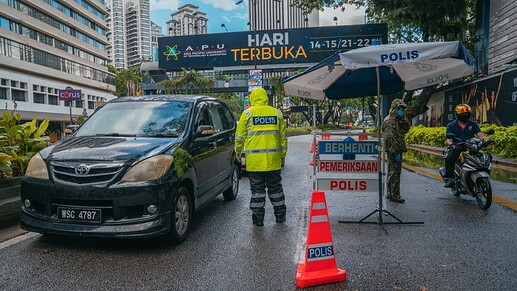 Senior Minister Datuk Seri Ismail Sabri Yaakob has announced Enhanced Movement Control Order (EMCO) in several areas in Selangor and Kuala Lumpur. This will be enforced for 14 days from 3rd until 16th July 2021.

EMCO areas will be closed off and controlled by the Royal Malaysian Police. Only 1 person from each household is allowed to go out to buy necessities within their location in a 10km radius. Those who have a COVID-19 vaccine appointment may cross district and state borders by showing their MySejahtera app on the day of the appointment.

According to the official statement, the Ministry of Health will conduct targetted COVID-19 screening for residents in the affected areas. All forms of social activities including sports and recreation are strictly not allowed.

Below is the list of areas placed under EMCO:

The full SOP will be published on the National Security Council website.

Do you it’s a better solution to Covid-19 cases which total figures keep stay above 4000?