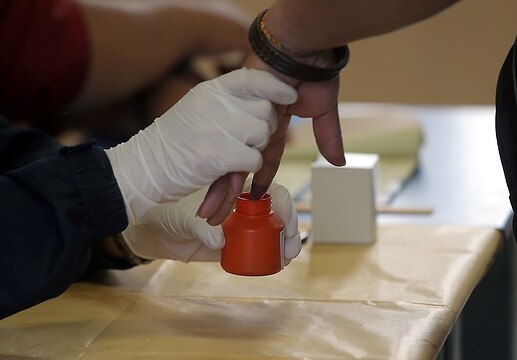 KUALA LUMPUR, March 25 — The lowering of the voting age to 18 and the accompanying automatic voter registration will not be implemented this year as scheduled, the Election Commission announced today.

The commission blamed the Covid-19 pandemic for causing delays to its implementation of the initiative that was unanimously approved by Parliament in 2019.

The EC said it needed to evaluate new obstacles and persisting issues as well account for the various movement control orders (MCO) that are in place.

“The EC is committed to implementing the Undi18 and automatic voter registrations that was approved in Parliament for the 15th General Election in 2023, in accordance with Article 55(3) of the Federal Constitution.

“Preparations towards this goal have been ongoing. However the EC is being realistic. With the current pandemic and MCOs, our preparations have been interrupted.

“As such, the automatic voter registration and Undi18 can only be implemented after September 1 2022 after taking into account the obstacles we are facing,” the EC said in a statement.

Earlier this year, the move to give 18-year-olds the ballot — dubbed Undi18 — had already come into doubt after a deputy minister suggested that Malaysians youths were not ready to participate in voting.

Today, the EC there 5.6 million unregistered voters aged 18 and over, but only 1.2 million of whom were between the ages of 18 and 20.

It noted that the remainder who over the age of 21 were already eligible to vote but have yet to register to do so.

The EC urged those who were above 21 to register to vote at mysprdaftar.spr.gov.my or go to the state electoral offices or post office to register themselves.

“The EC will launch a system to check pre-registrations automatically through the EC portal from August 2021 in order to allow these 5.6 million people to check and verify their details,” they added.

“We will also provide an interim report regarding the automatic voter registration and Undi18. This report is expected to come out in September 2021.”

Federal lawmakers crossed the political aisle and voted unanimously to amend the Federal Constitution in July 2019 and lower the minimum voting age from 21 to 18.

Undi18 can only take effect once it has been gazetted, which had been scheduled for the second half of this year.

Voters aged 18 years old can vote if the laws is implemented. In your opinion, does 18 years old is ready to participate in voting?